What to Eat in Rome: Traditional Roman Cuisine 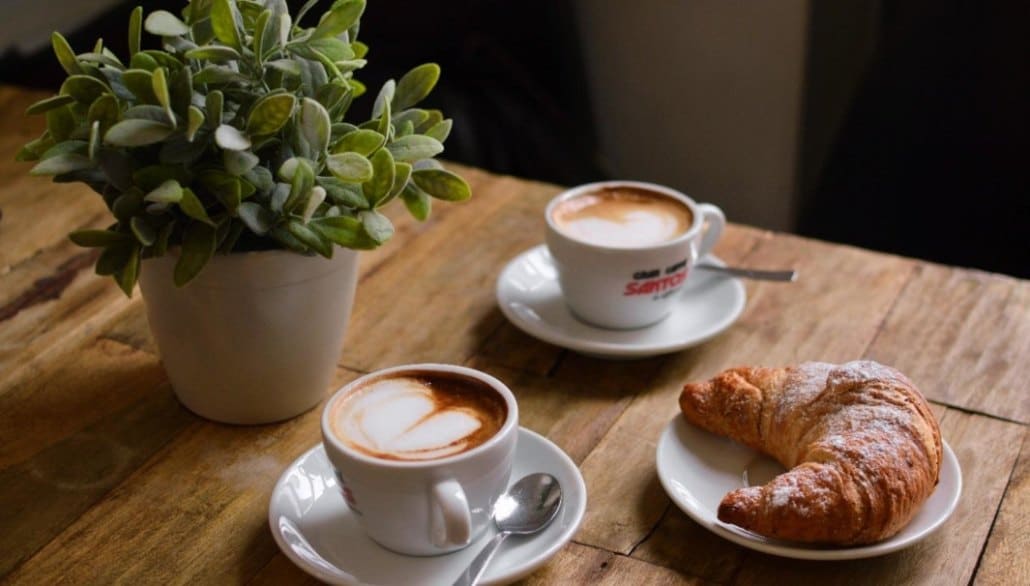 The typical Roman breakfast consists of an Italian croissant (cornetto) and a small cappuccino! Cornetti are served simple or are often made with Nutella or marmalade inside. There’s nothing like a sweet treat and a bit of caffeine to start the day!

A typical Porchetta stand in Rome

For a small daytime snack on-the-go, nothing beats a supplì! The fried rice ball stuffed with mozzarella and meat sauce is tasty, filling, and cheap – usually costing about €1 each. It’s the perfect Roman “street food”!

Sandwiches are loved around the world – but Romans do them so well! Two top choices for filling your bread in Rome are Tripe (Trippa alla Romana, which is cooked in a spiced tomato sauce with wild mint and topped with Pecorino Romano cheese) and Pork (Porchetta, which is slow roasted pork with garlic, rosemary, and pepper).

PIZZA BY THE SLICE

Pizza al Taglio is a great option for lunch as you can pick and choose from a variety of already-made options, decide how much you want, and pay by weight! While Romans tend to keep it classic with Pizza Margherita, other delicious options are cured beef (bresaola) with parmesan and rocket or even one of the potato variety (YES! Potatoes on pizza – usually paired with onions or sausage – Don’t knock it ‘til you try it!)

Raw artichokes in the Jewish Ghetto of Rome

Fritti (or fried foods) are a popular starter option. One of the most typical of Rome, though, is undoubtedly the Zucchini Flowers (fiori di zucca) which are filled with mozzarella cheese and anchovies before being battered and deep fried.

Meet & cheese plates pair perfectly with a glass of wine and a basket of bread. Try cured ham (prosciutto) with buffalo mozzarella (mozzarella di bufala) for a truly tasty starter to share amongst the table.

Artichokes are an absolute staple in Rome – served only when in season. There are two traditional ways that they are served. Carciofi alla Romana (Roman Artichokes) are tender and juicy, cooked in oil with minced garlic and parsley. Carciofi alla Giudia (Jewish Artichokes, which originated in the Jewish Ghetto of Rome) filled with chili peppers before they are smashed and deep fried to a crispy finish. 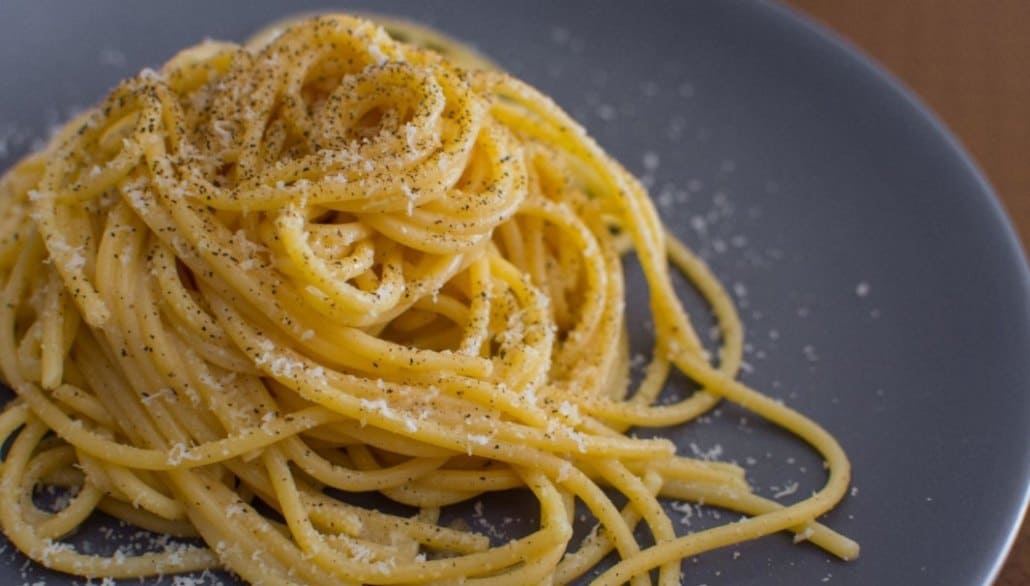 Pizza Romana is thinner than its Neapolitan cousin, made round with crispy edges and a soft center. It’s traditionally ordered one-per-person and usually eaten at the table with a fork and knife. Romans often stick with the classic “Pizza Margherita” (mozzarella, tomato sauce, and basil), but we also recommend the “Pizza Bufala” (buffalo mozzarella, cherry tomatoes, and basil) or the “Quattro Formaggi” (“Four Cheese Pizza” made with mozzarella, gorgonzola, parmesan, and a creamy cheese like stracchino).

Coda alla vaccinara (which literally means “oxtail cooked in the butchers’ way”) is a flavorful classic in which oxtail is stewed in tomato sauce with a variation of herbs and other things like celery, clove, onion, garlic, cinnamon, and sometimes pine nuts, raisins, and bitter cocoa. Saltimbocca, which stems from the Italian “salta in bocca” or “jump in the mouth”, is a savory dish in which tender strips of veal are marinated in white wine with prosciutto (ham) and sage before being cooked. Finally, for the more adventurous eaters, we recommend Coniglio alla Cacciatora, which literally means “rabbit of the hunter”, traditionally cooked with a simple blend of olive oil, white vinegar, and rosemary. 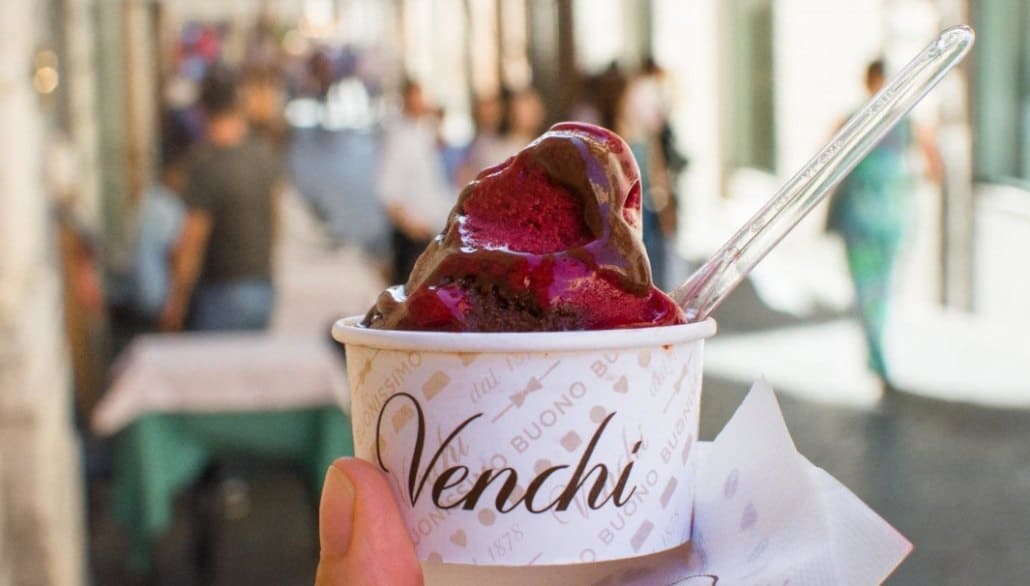 You can’t come to Rome without getting your hands on some authentic Italian ice cream! Steer away from bright, artificial colors and overwhelming concoctions – the best gelato is all about the simplicity of fresh, local ingredients.

This yummy pastry is a bit like a ricotta cheesecake baked onto a crust. Rich and yummy!

This Roman snow cone, made of shaved ice topped with sweet syrup, is an ideal summer treat!