Home > Blog > What Lies Beneath the Colosseum

What Lies Beneath the Colosseum

The Colosseum is the symbol of Rome, known throughout the world for its unique charm and history. It was the official location for recreation and leisure in ancient Rome, and the headquarters of all games.

Located in the heart of the city of Rome, the Colosseum enjoys the status of being the largest amphitheater in the world and is one of the seven wonders of the world. But beneath the wooden Colosseum floor that staged many gladiatorial events and animal hunts, there was a whole other world. 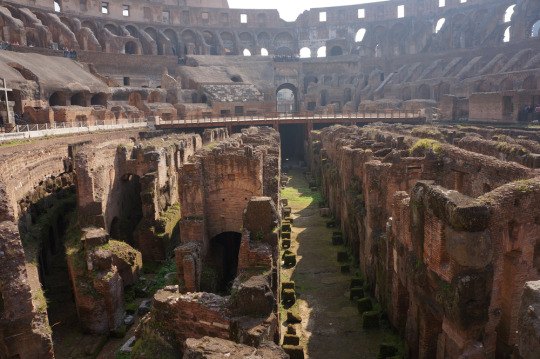 Looking at the underground Colosseum 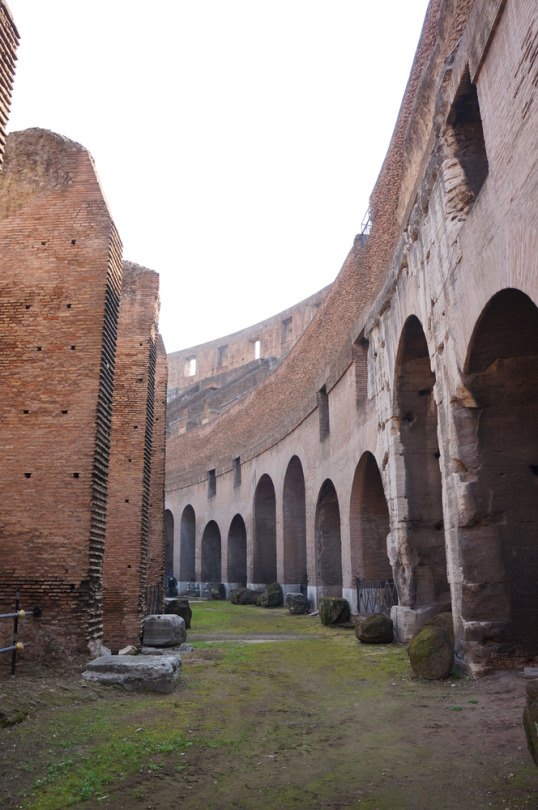 Inside the unground Colosseum

Located below the Colosseum is an underground area called the Hypogeum, this was divided into two levels which comprised of a series of connected corridors and tunnels that lead into and out of the Colosseum. During performances, this underground area was a hive of activity, as well as being the waiting area for the gladiators before they were led out to the stage, it was the holding area for the caged animals. It was also full of people involved with the performances, busy working away, shifting scenery, herding animals and delivering gladiators to the arena. For many of the animal hunt performances which featured large and dangerous animals such as elephants, giraffes, lions, and panthers (to name just a few), of which many had been imported from Africa and the Middle East, elaborate scenery, and props were required for the spectacle.  These large pieces of stage scenery needed to be made and shifted about for amphitheater for the various shows. 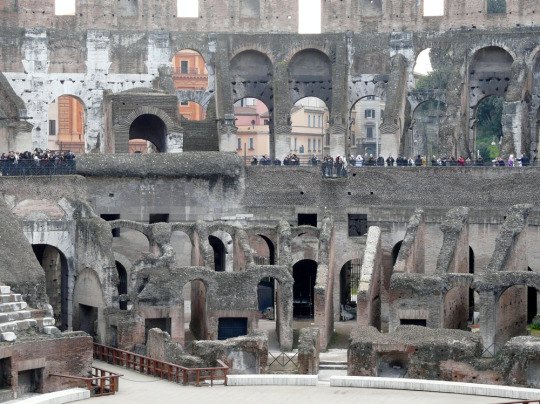 Upper tiers of the Colosseum

In order to transport the gladiators, animals, and scenery, both up to the large stage area and back down again, there were a number of wooden elevators hidden beneath the colossal amphitheater.  It was an impressive feat of architecture to build the maze of tunnels, corridors, and elevators that were cleverly concealed beneath the Colosseum. 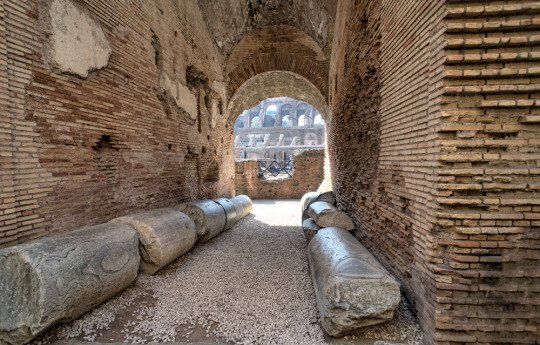 An arch leading into the Colosseum

There were also separate tunnels for the Emperor and Vestal Virgins to enter and exit the Colosseum avoiding the need for them to have to mingle with the other spectators. The tiles in the tunnels they used were different from the others and were elaborately decorated. Their tunnels led them directly to the imperial residences of Celio.

Beyond the underground tunnels, there were two monumental entrances characterized by two large arches which are where the gladiators entered the arena for the games. This impressive underground area was ordered to be built by Emperor Domitian and was not part of the original Colosseum construction.

From gladiatorial performances to animal hunts, the Colosseum today hosts people and is one of the world’s major tourist attractions, welcoming locals and tourists from all over the world with over 6 million visitors passing through the Colosseum arches each year.

What a Life Tours has provided extraordinary guided tours of Rome since 2009. They are the number 1 rated Vatican tours agency on Trip Advisor since 2011 and were recently awarded ‘Historical Tour of the Year 2018’ by the prestigious travel journal Luxury Travel Guide for their Colosseum Private tour. Find out more about their award-winning Rome tours.