Home > Blog > What is the Papal Conclave?

What is the Papal Conclave? 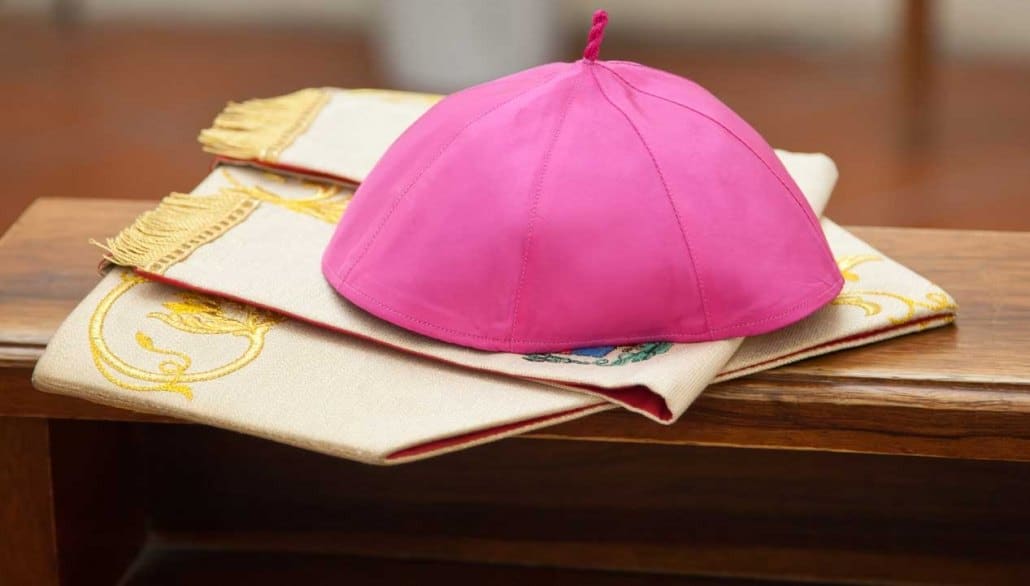 What Is the Papal Conclave Anyway?

Upon the death of each and every pope, the Vatican immediately enters a stage called “Sede Vacante” (Latin for “vacant seat”) in which the Vatican governing bodies are shut down. During this time, the power of the church is entrusted to a delegate (or number of delegates) from the College of Cardinals, a group which includes all Catholic Cardinals under the age of 80. “The Conclave” refers to the assembly of these men in order to elect a new pope.

Although no flag is flown at the Vatican, the coat of arms (which is printed on Vatican stamps, coins, and documents) does in fact change. During this time, the papal ‘tiara’, or three-ringed crown, is replaced with an umbrella, signifying the transitory period. This temporary suspension of government must last for at least 15 days, providing ample time for funeral arrangements while non-present Cardinals make their return to Rome. After 20 days, the election process begins.

How Long Does the Papal Conclave Last? 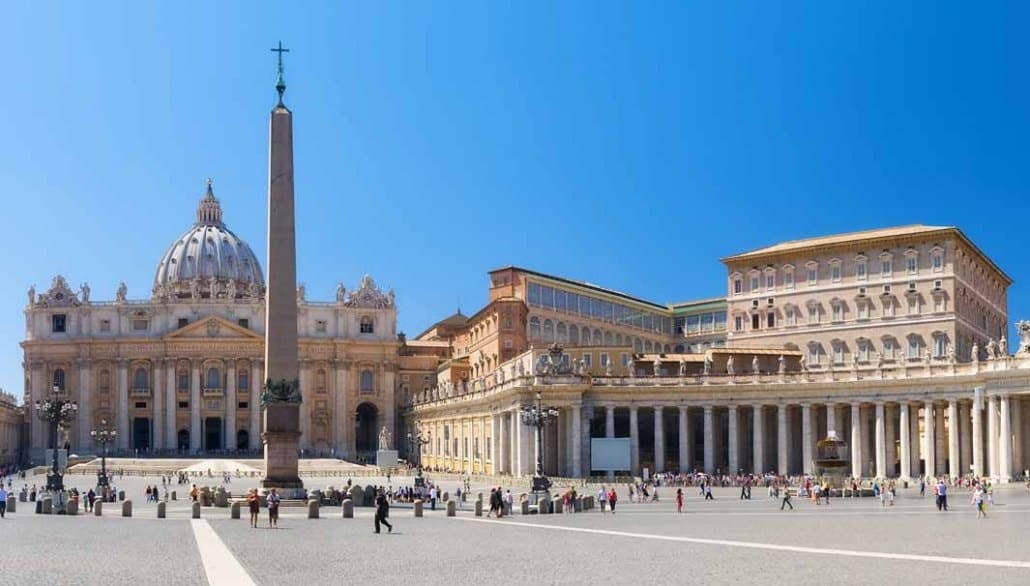 The roof of the Sistine Chapel is visible from St. Peter’s Square. It’s the tiny triangle right next to the basilica.

There is no set duration for the duration of the conclave so, in theory, it takes ‘as long as God wills it to take’. The longest Papal election in recorded history lasted for 2.5 years in the 1300’s. During this period the papacy was not based in Rome, but in Palazzo dei Papi, Viterbo (a city just north of Rome).

When the college was unable to come to a decision, their meals were gradually reduced from a daily supplement of breakfast, lunch, and dinner, to only lunch and dinner, and eventually just dinner. When this failed to have an effect, the local townsfolk then removed the roof of the building, exposing the Cardinals to the elements. A day and a half later, they selected the new pope – or, at least, that’s how the story goes.

The History of the Word ‘Conclave’ 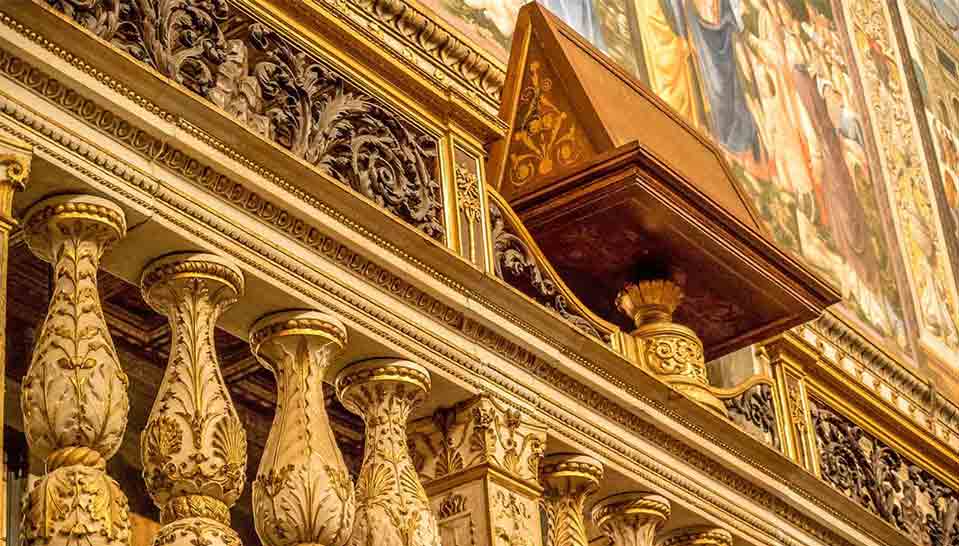 A detail of the Sistine Capel’s elaborate choir balcony.

The word conclave is derived from the Latin “con” and “clavis”, meaning “locked with key”. This refers to a time in which the College of Cardinals was actually locked into the building and not permitted to leave until a new pope was chosen.

During this time, they were forced to eat, sleep, and go to the bathroom in this communal space. Fortunately for today’s College of Cardinals, times have changed and they are only required to stay inside the chapel for voting for a specific set of hours each day.

The Modern Version of the Conclave 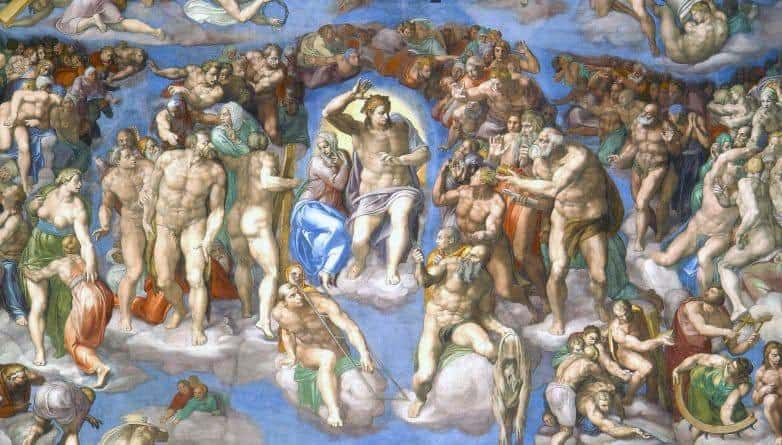 The Conclave takes place inside the Sistine Chapel with Michelangelo’s Last Judgment to inspire them.

Today, things are a lot more comfortable. These days the Cardinals are housed in a dormitory inside Vatican City, although they are still not allowed to interact with the outside world during the deliberations. This means no phones, no newspapers, no TV and, of course, no internet.

They assemble inside the Sistine Chapel to vote 2 to 4 times a day. In order to win the election, the proposed candidate must achieve a two-thirds majority vote, or two-thirds plus one. If this majority isn’t reached, the conclave continues with the voting process until it is – eventually, someone’s got to budge!

The Smoke That Comes from the Sistine Chapel 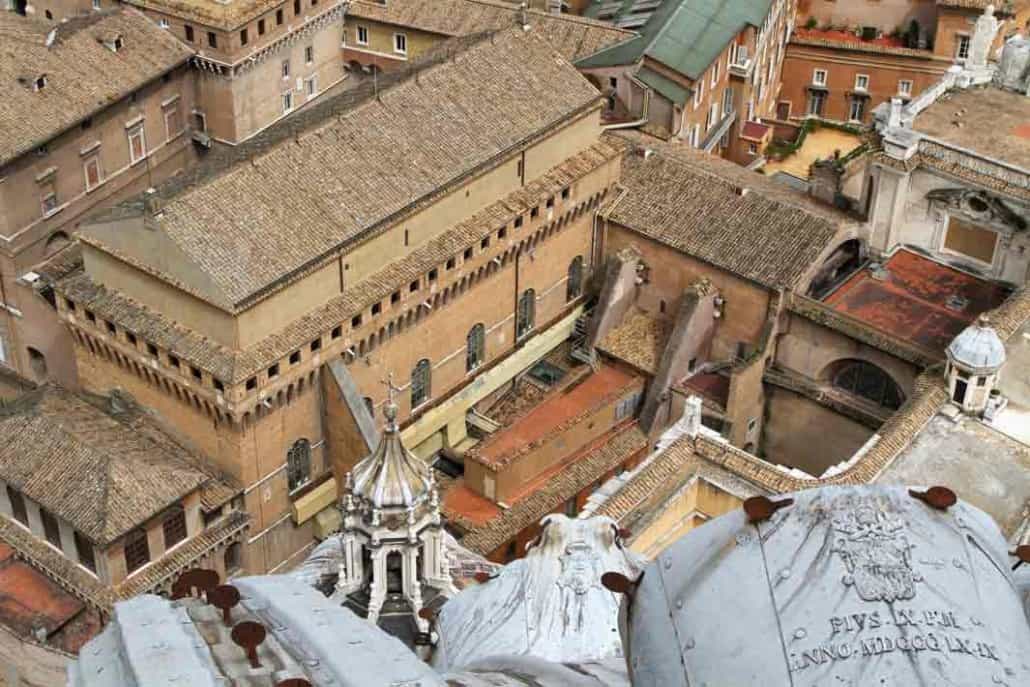 The roof of the Sistine Chapel from the top of St. Peter’s Dome. The chimney that billows the smoke is temporary.

Each time the College of Cardinals assemble in the Sistine Chapel to vote, the ballots are collected by one of three Scrutineers before being counted and burnt in a temporary furnace placed inside the chapel. In the old days, the ballots were burnt with either charcoal, to produce black smoke, or white cotton, to produce a white smoke and inform the public that the new pope had been elected.

These days, though, the ballots have a slightly more alchemic compound and are burnt with a combination of coal tar, potassium perchlorate and sulphur if they have not yet reached a majority decision or lactose, potassium chlorate and pine resin if the election has been settled. You can call that divine chemistry!

How the New Pope Accepts the Nomination

Before releasing the white smoke, the candidate must officially accept the position. This takes place outside the Sistine Chapel, in the great hall. It is here, too, that the elected will choose his new name, the name he will be known as pope. Once those formalities are out of the way, the College of Cardinals will return to the chapel once more to watch the pope officially swear in using his new name.

Immediately following this, the newly elected pope enters another room, called the “room of tears”, alone. This solitary moment allows the elected to collect himself before his first public appearance as pope. It is a moment of contemplation, reflection, and prayer. 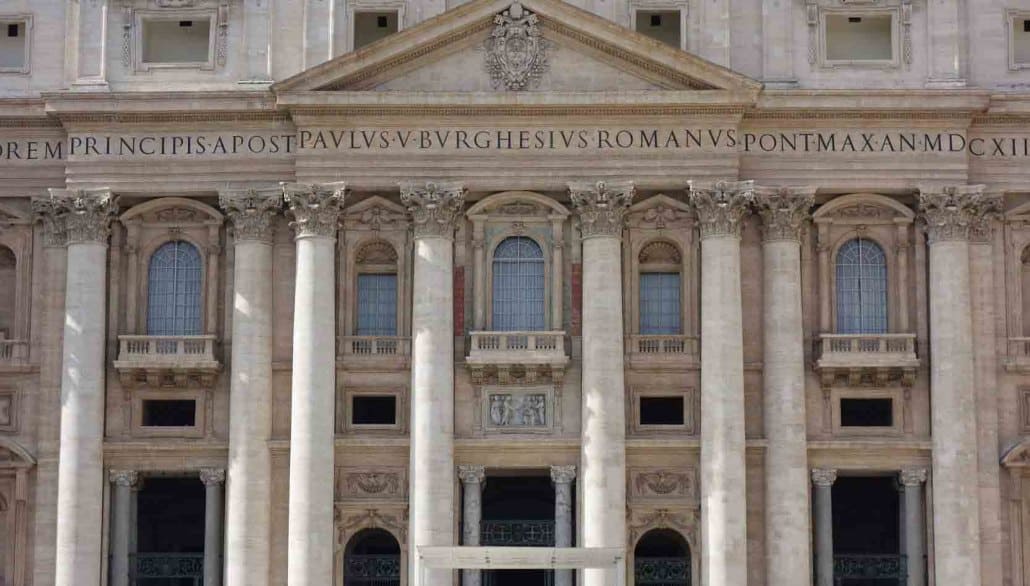 The ‘Urbi et Orbi’ speech is given from the center balcony of the loggia of St. Peter’s Basilica.

After he has put on his cerimonial garments, the new pope returns to the Sistine Chapel and, together with the Cardinal Protodeacon, makes his way to the loggia of St. Peter’s Basilica. It is from the center balcony of the facade that the cardinal announces that a Pope has been chosen, uttering the Latin phrase ‘habemus Papam’, and presents him to the spectators below and the world.

The presentation is followed by the Urbi et Orbi blessing, the pope’s first address to the public, and marks the official end of the conclave. As popes serve until death, new popes aren’t elected very often. The chances of attending the pope’s introduction are slim, but anyone can attend a Papal Audience! Find out how to book Free Tickets to the Papal Audience!