The Top 6 Most Interesting Facts About Pompeii 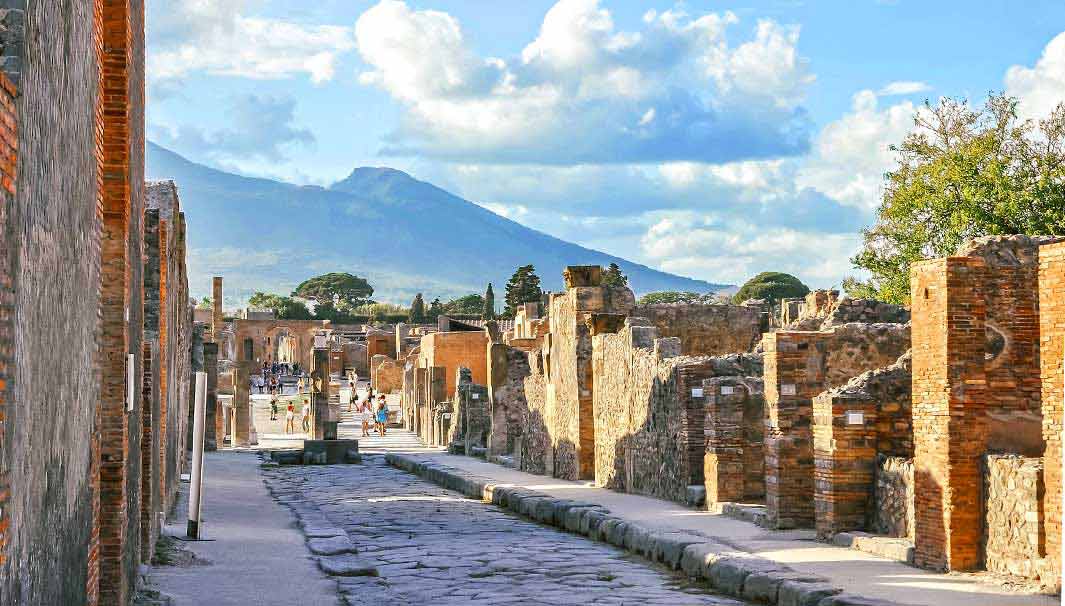 Drawing up to 2.5 million visitors per year, Pompeii is one of Italy’s most popular tourist attractions. But what makes it stand out from the rest? Well, there’s no other city in the world quite like it.

1) Where Exactly Is Pompeii Located?

The ruins of the ancient city of Pompeii (not to be confused with the modern suburb of Naples – Pompei) is located in the Campania region of southern Italy, just 16 miles south of Naples.

The entire area sits in the shadow of history’s most infamous volcano, Mt. Vesuvius, which towers over one of Europe’s most densely populated cities at a height of some 4,000 feet.

The Ancient Roman city of Pompeii is frozen in time – quite literally. When Mt. Vesuvius erupted in 79 A.D., it engulfed the city of Pompeii completely. The catastrophic event caused a level of destruction that was completely unkown to the Roman world, but something incredible did happen in its wake. A thick layer of volcanic ash and debris naturally preserved everything it blanketed.

Since excavations began in the 1700s, Pompeii has presented the world with an exceptional UNESCO World Heritage Site where visitors can fully immerse themselves in another time in history. The city, which remains largely as it was on the day of the eruption unfolds across 170 acres of opulent villas, baths, and forums to explore, including original mosaics and frescos, and even some eerier artefacts (see the “death casts” below).

Despite all these discoveries, we seem to have only scratched the surface. After hundreds of years of excavations, at least a third of Pompeii remains covered – making it the longest ongoing excavation project anywhere in the world.

3) What Are the Pompeii “Death Casts”? 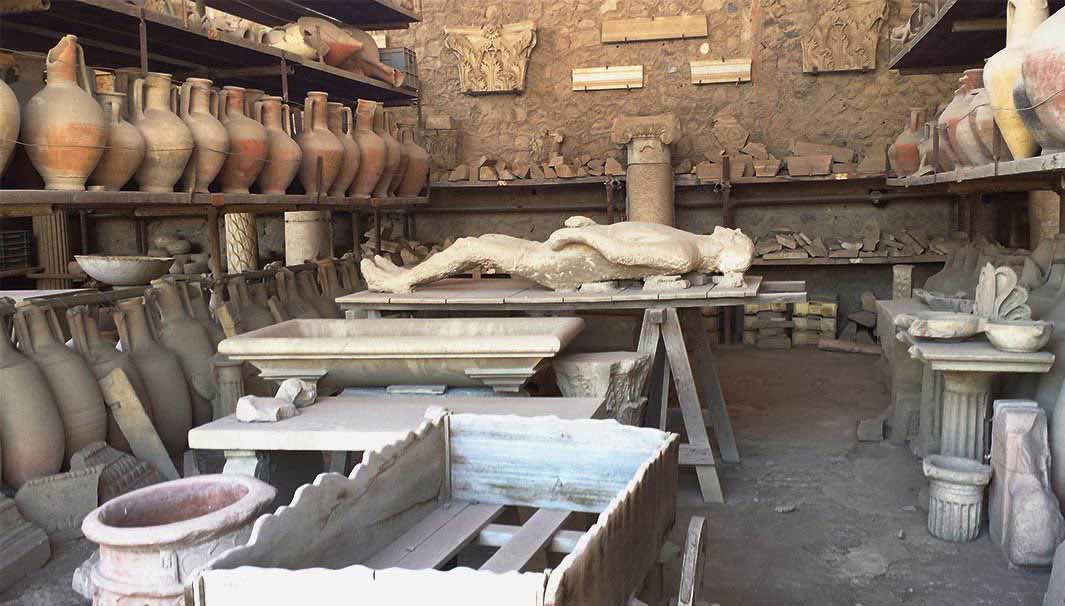 One of Pompeii’s most intriguing and insightful features is its collection of “death casts”, or “body casts”, which are true-to-life renderings of the victims in plaster, maintaining the very poses, and sometimes the facial expressions they had when they died. They include the bodies of adults, children, and even dogs, and were created in the 1800’s, before archaeologists realized that the process would damage the remains.

Though the procedure is no longer used today, modern technology has been used to x-ray the casts and learn a bit about the people encased in them, including bone structure, clothing, diet, and more. Nonetheless, they offer a spectacular, and somewhat haunting, glimpse into the day the city was destroyed.

4) Did Anyone Witness the Mt. Vesuvius Eruption?

Amazingly, after comparing population estimates to the number of human remains found, it appears that a fair number of Pompeians actually did survive the destruction. Some people in surrounding cities, particularly those in the hills directly across the Bay Naples were even able to witness it.

Pliny the Younger recorded a disturbingly detailed account of the event in writing that can still be read to this day:

“Darkness fell, not the dark of a moonless or cloudy night, but as if the lamp had been put out in a dark room.”

“You could hear the shrieks of women, the wailing of infants, and the shouting of men; some were calling their parents, others their children or their wives, trying to recognize them by their voices. People bewailed their own fate or that of their relatives, and there were some who prayed for death in their terror of dying.”

“Many besought the aid of the gods, but still more imagined there were no gods left, and that the universe was plunged into eternal darkness for evermore.”

Though it might seem like tragic poetry, he didn’t have to use his imagination to conjure up what he was seeing. 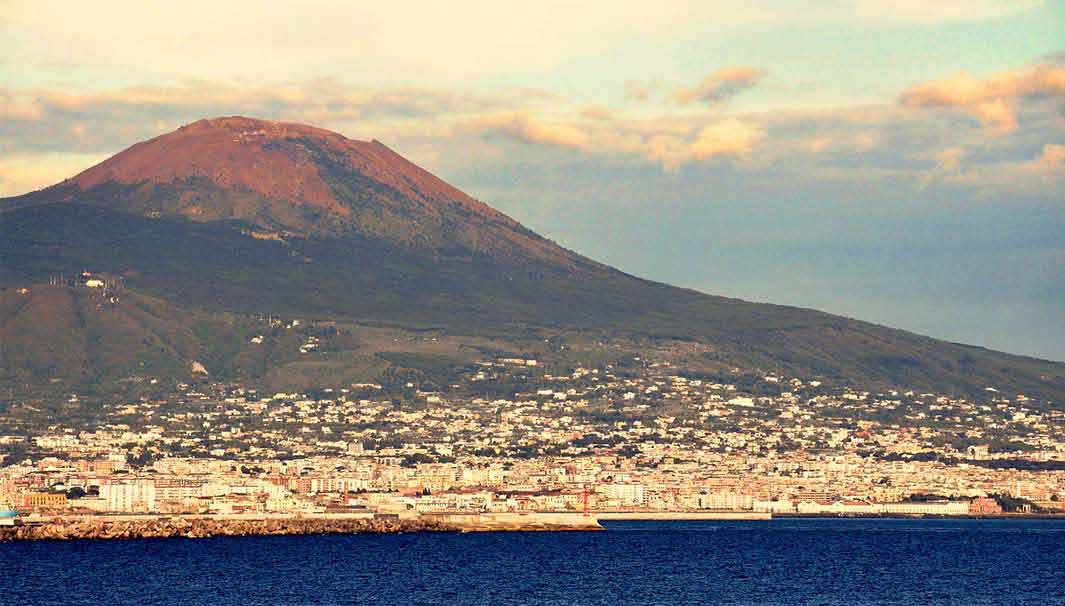 Mt. Vesuvius is an active volcano – but there’s no telling when it will erupt next

Yes, Mt Vesuvius is an active volcano and it will eventually erupt again. The Vesuvius Observatory monitors the volcano 24 hours a day, collecting data about seismic activity and gas emissions in search of any indications of future eruptions. With over 600,000 people living in the 9-mile “red zone” radius, Italian authorities have made strong efforts to prepare for the worst-case scenario.

“Red zone” citizens have been offered €30,000 to relocate, but very few have accepted. In the meantime, authorities can only hope that their extensive evacuation plans will minimize destruction during the next eruption.

6) Did the Romans Build Pompeii? 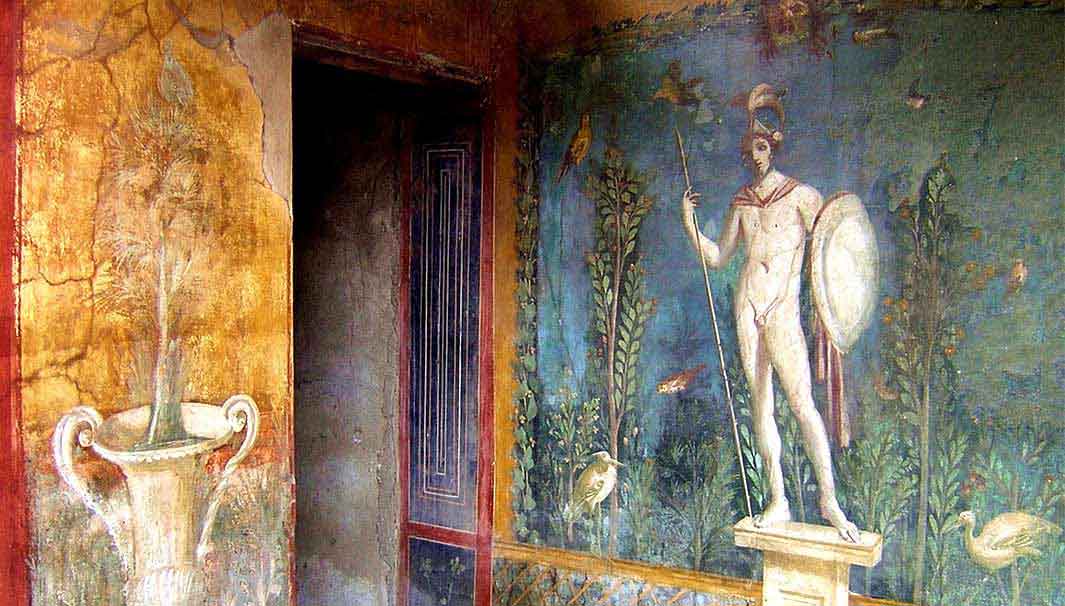 Although some of the homes in Pompeii date back to 300 BC, the origin of the ancient city is largely accredited to the settlement of the Oscan people of the Campania region in the 7th century BC. Its portside location made it an ideal location for fishing and trade while rich volcanic soil supported abundant agriculture. The thriving city was a famous getaway for wealthy Romans, like Emperor Nero, who spent his holidays there.

The Pompeians were completely oblivious to the dangers Mt. Vesuvius had in store for them. Vesuvius hadn’t erupted in 1,800 years and, in fact, there was not even a word for volcano yet. It wasn’t until the devastation hit in 79 AD that the term “volcano” was coined, in reference to Vulcan, the Roman God of Fire. 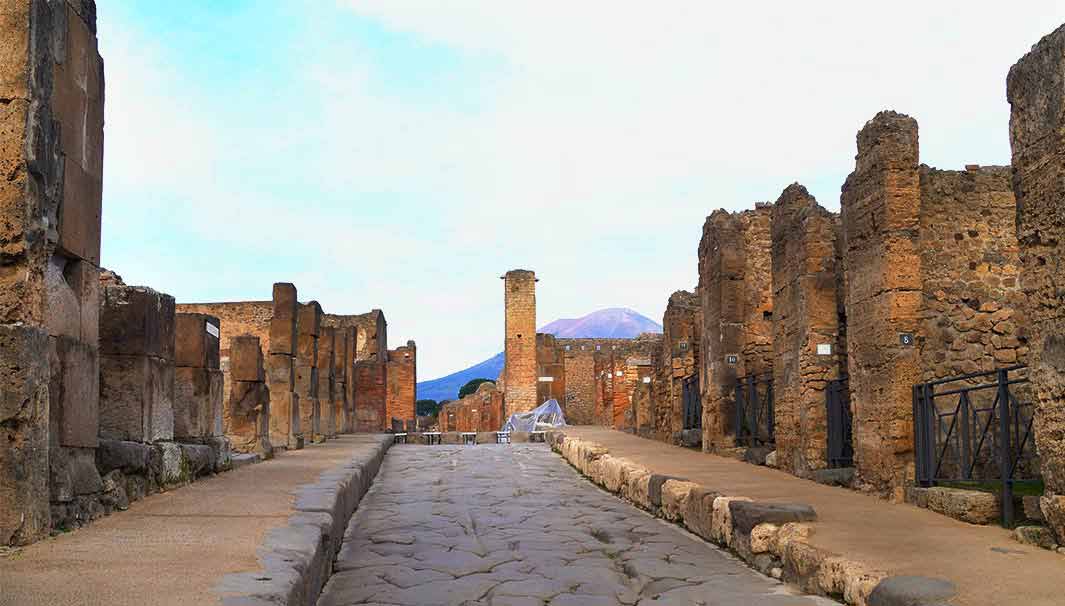 Pompeii offers a HUGE area to explore! Skip the hassle of navigation and let us lead the way

Join us on an unforgettable Pompeii Day Trip! Leave the navigation and planning to us while you soak up the sights with an expert guide leading the way through Pompeii, Positano, and the Amalfi Coast.