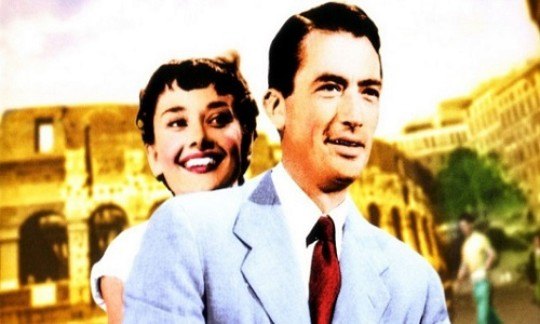 If you are planning your vacation in Italy, or have just returned home and you are suffering from post-vacation blues, then here are some classic and modern Italian-themed movies that may inspire you.

Audrey Hepburn, Gregory Peck and that famous Vespa ride through Rome. It’s fun, it’s romantic and the most astonishing part is that hardly any of Rome has changed, so you can still recognize most of the locations today.

This enchanting film set in Tuscany is the masterpiece of director Bernardo Bertolucci and features one of Liv Tyler’s best performances. If you do not want to run away to live in a villa and fall in love with a local Italian after watching this film with its seductive cinematography and soundtrack, then you will need to watch it again.

It’s the reason crowds of tourists elbow their way through to catch a glimpse of the Trevi Fountain or why Via Veneto became the ‘it’ place to be in Rome. Fellini’s classic starring Marcello Mastroianni as the suited journalist who kisses the movie star in the fountain, is actually a dark look at the reality of Roman life, in spite of its whimsical title.

4. Under the Tuscan Sun

A romantic, comedy, drama starring actress Diane Lane, this movie tells the story of a recently divorced writer, who visits Italy and after a series of serendipitous events ends up buying a dilapidated villa in beautiful Tuscany.

This tragic but ultimately hopeful film made by acclaimed director Roberto Rossellini in 1945 won many awards and will make you appreciate the more recent history of the magnificent Eternal City.

Vittorio de Sica brought together Italy’s finest duo in this 1963 film: Sofia Loren and Marcello Mastroianni. This three-part film is funny, poignant and superbly performed by both actors who each play three different characters. Scenes of Piazza Navona will show you just how well Rome has been preserved.

This modern psychological thriller captures the elegance of Italy in the 1950s like no other. With a cast that includes Matt Damon, Jude Law, Gwyneth Paltrow, Philip Seymour Hoffman and Cate Blanchett, it follows the story of the ultimate escapists running away from their responsibilities to live well in Italy.

A movie that you can watch again and again and still have cravings for steaming plates of pasta. Director Francis Ford Coppola created a cult when he made this film. If you’re counting down the days to your flight to Italy, rent all three films in the Godfather trilogy and start practicing your Italian gestures.

This movie will get you in the holiday spirit as you follow the story of a young girl who helps an old woman track down her long-lost Italian lover and falls in love herself on the way. The scenery of Verona and the Italian countryside is enough to keep you watching.

It’s hard to pick the best feature of this film, the heart-rending story of a humble postman and a great poet, the setting in a fishing village on a dramatically beautiful Italian island, or the award-winning score.