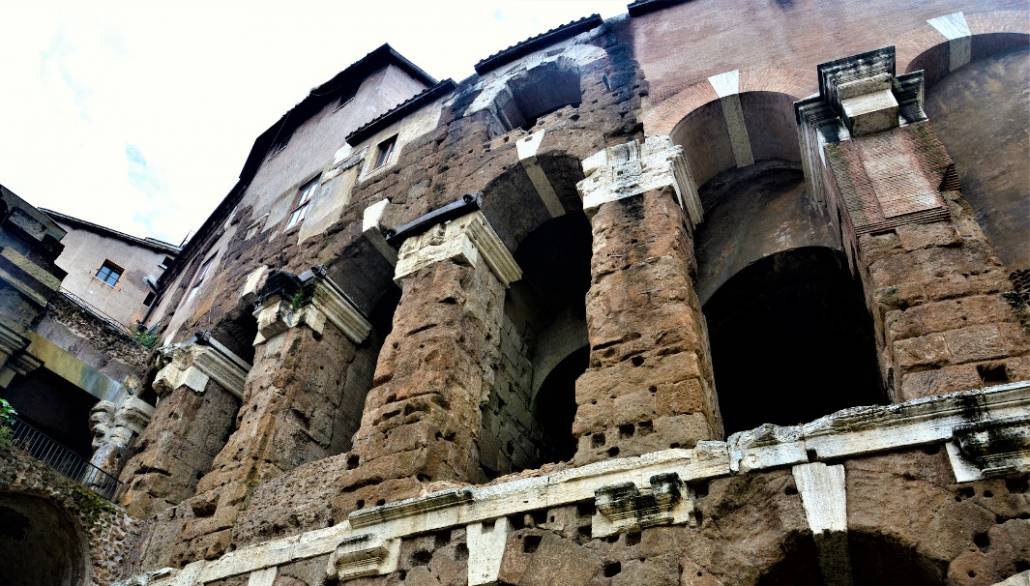 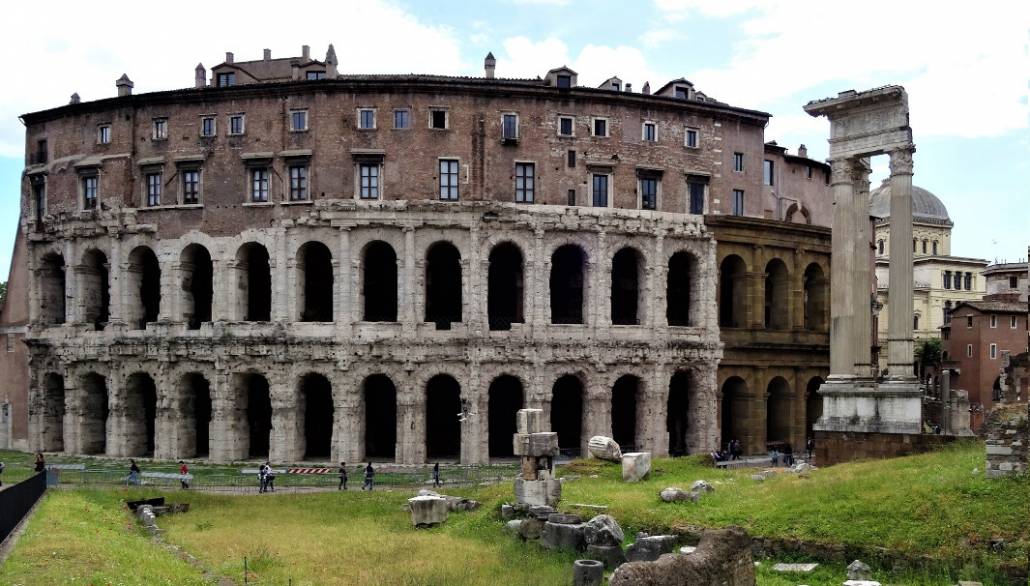 The Theatre of Marcellus (Teatro Marcello), built in 13 BC, was the largest open-air theatre in Ancient Rome. If you think its facade looks alarmingly familiar, you are not wrong. The architecture and design of the theatre became standard across the Roman Empire and influenced many important buildings such as the Colosseum, which was built many decades later in 72 AD. 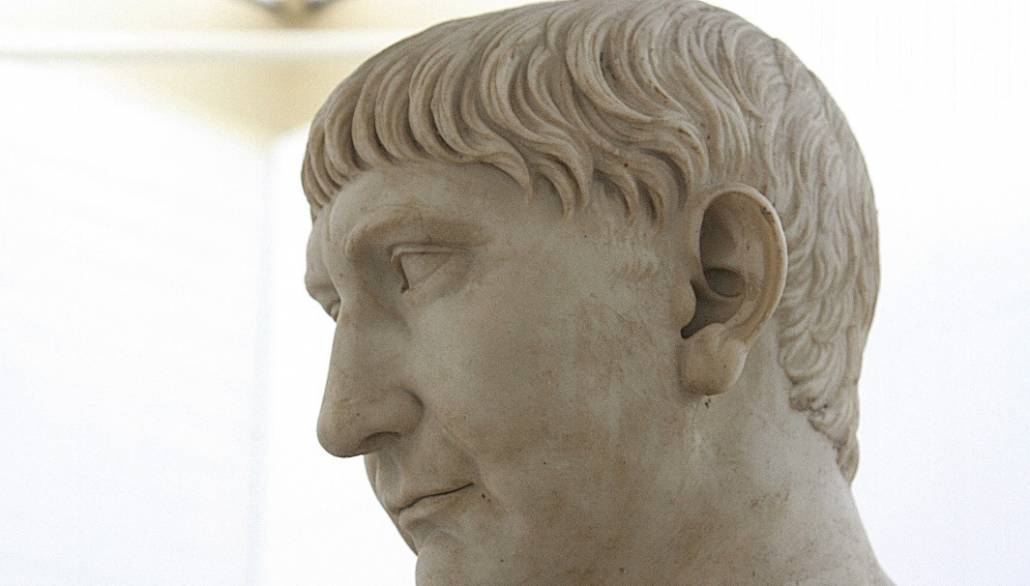 Bust of Emperor Augustus, who completed the theatre

Although the theatre was built during the reign of Augustus, it was Julius Caesar who started the project. Caesar wished to build a theatre as a display of power against his newly defeated enemy, Pompey. The two men had just fought a war for the control of Rome, which Caesar won. However, the new ruler wasn’t content with just a title, he wished to better Pompey in every way. Pompey already had a theatre, so Caesar must have a bigger and better one. Unfortunately for Caesar, his ambitions got the best of him in more than one way and he was murdered at Largo di Torre Argentina in 44 BC when only the foundation of the theatre had been laid. Caesar, despite his best efforts, would not get his rival theatre after all.

Emperor Augustus renewed the project during his reign, and dedicated the theatre to his nephew, Marcus Claudius Marcellus, who was his intended heir before his unexpected death in 23 BC. A few decades before, to make room for the grand theatre, Caesar had demolished several buildings as well as the ancient Flaminian Circus, and damaged the nearby Temple of Apollo, all while using public funds. To appease the public, when Augustus took up the project he repaired the Temple of Apollo and paid for the theatre’s construction using private funds.

The arches of Teatro Marcello. https://www.flickr.com/photos/twosheffs/8985719311

When it was completed, the semicircular theatre was approximately 30 metres high and had a diameter of 130 meters. Estimations on its capacity to hold spectators vary from 11,000 to 20,000. Nonetheless, it was the largest theatre of its time and consisted of three levels. Interestingly, each of the levels had a different architectural style. The first level had its arches supported by Doric columns, the second had arches with Ionic columns and the third level had a closed wall with Corinthian columns. The structure was built with tufa, cement and brick, though it was covered in white travertine. The arches meant that the spectators could not only enjoy the show, but could see the natural setting outside of the theatre too. 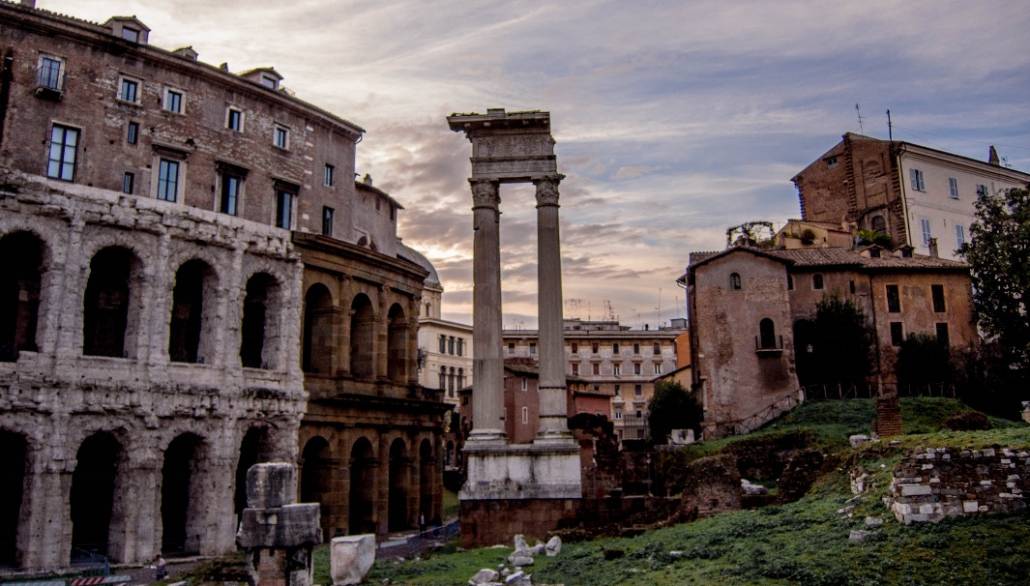 In its prime, the theatre was a popular place to see plays, concerts or poetry recitals. Over the years, as gladiator games increased in popularity, the people craved more of a spectacle and prefered to attend venues like Circus Maximus and the Colosseum. Because of this, the Theatre of Marcellus fell into disuse and by the 4th century AD it was obsolete. In fact, some of the material from the theatre was used in other structures, such as the rebuilding of the bridge of Cestius. In the middle ages the ownership of the theatre fell into the hands of several prominent Roman families who used the building in a number of ways. The Fabii family turned the theatre into a fortress in the 12th century, and later in the 14th century the Savelli family removed the top tier of seating and turned it into apartments! Despite all the changes over the centuries, the first two levels of the theatre remain somewhat intact and are visible from the outside. The first two levels are the property of Rome, while the apartment buildings, which still exist, are privately owned! The inside of the theatre isn’t accessible to the public, but the outside can be admired from afar or up close.