The Top 8 Masterpieces in the Borghese Gallery 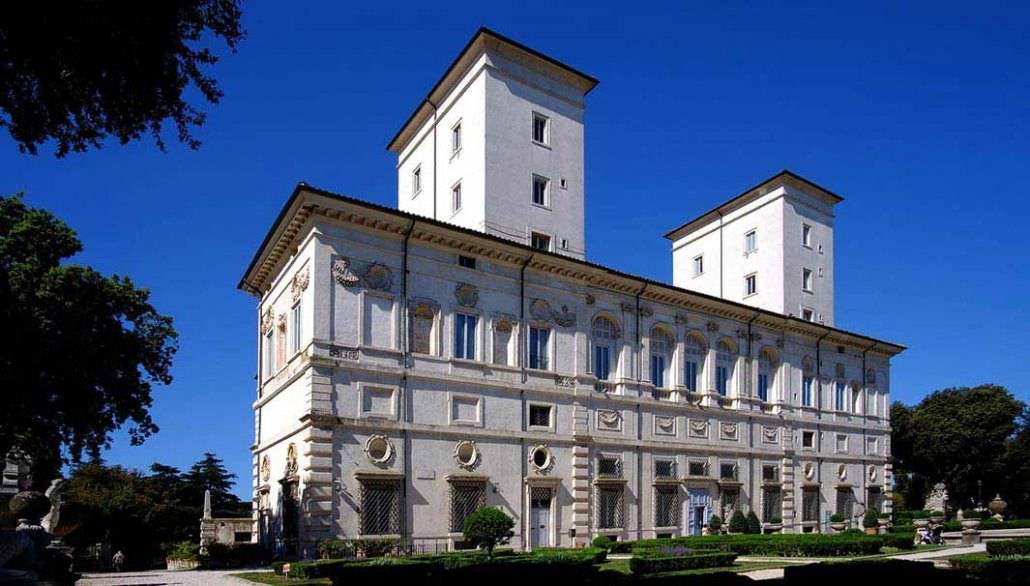 When in Rome, don’t forget to admire the many masterpieces of the Borghese Gallery. You’ll find the Italian palazzo nestled amongst the lush green gardens of Villa Borghese, which provides a lush green escape at the heart of the city. Towering umbrella pines, mystical sculptures, green parrots, and a small lake await you along the path to this remarkable artistic treasure trove.

If that’s not reason enough to visit, the collection itself is sure to convince you. Cardinal Scipione Borghese (1577-1633) spent much of his life collecting works by some of the biggest artists of the Renaissance and Baroque periods. As the pope’s personal secretary, he certainly had the means to do so. As such, he was a generous patron of Caravaggio and a committed collector of Bernini’s sculptures.

Following the myth, Bernini catches Daphne’s metamorphosis as it is happening

It can’t be argued that Bernini’s “Daphne and Apollo” is one of the greatest works in the gallery – or even the whole city! From 1622 to 1625, the master sculptor cut and chiselled a large block of stone into a moving portrayal of Daphne as she fled from Apollo, all the while transforming into a tree. The transformation really seems to take place before your eyes, as you circle around, admiring the piece on its pedestal from below.

2) The Rape of Persephone

Another world-famous Bernini sculpture on display in the Galleria Borghese is the Rape of Persephone. Persephone, also known as Proserpina, is portrayed as she is abducted and taken to the underworld by the god Pluto. Every detail of the work is life-like and remarkable, but most scholars tend to focus at the point where Pluto’s hand grips Persephone’s thigh. The texture is so soft and fleshy, it’s easy to forget that it’s made of stone.

3) David with the Head of Goliath

Caravaggio’s daring depiction of David with the Head of Goliath has raised a lot of speculation over the centuries due to the suspicious familiarity of the main subjects. It has been suggested that this work is something of a double self-portrait, in which the young Caravaggio stares at the older version of himself in disdain.

4) Madonna and Child with St. Anne

Caravaggio’s non-traditional approach to Madonna and St. Anne brought holiness to the people

Caravaggio was without a doubt one of the most controversial individuals of his time. Without failing to include some shock value in this work, the painter took a non-traditional approach to the Madonna, with a very low-cut dress! Oh, and the Saint doesn’t look too flattering, either. In spite of his affinity for pushing the envelope, his craftsmanship and use of deep contrast between light and shadows made him a truly revolutionary artist who inspired creatives for centuries long after his death in 1610.

In 1507, Renaissance master Raphael completed his interpretation of The Deposition. The painting depicts the deposition, lamentation, and entombment of Christ with incredibly accurate anatomy and rich, saturated colours.

Bernini’s David is smaller than Michelangelo’s, but packs a punch with tension before the throw

Sure, it would seem that Michelangelo’s David gets all the spotlight. But Bernini comes in a close second place with his handsome portrayal of the Biblical hero. David stands ready and determined to take down his nemesis, Goliath. Anatomical details and realistic expression are what really make this piece stand out.

Also known as Borghese Hermaphroditus, this sculpture is certain to shock the unexpecting as they make their way from the back to the front side of the restful figure. Still, there’s something soft and soothing in the way that the body sprawls across the pillowy mattress.

Paolina Borghese as Venus Victrix by the master Antonio Canova

Is there anything that screams “high art” more than a nude figure relaxing on a chaise? This iconic figure represents Ms. Pauline Bonaparte, the wife of Camillo Borghese, who commissioned Canova to implement the project. It was a controversial commission during its time, especially as Paolina had a reputation of marked promiscuity.

Walk-ins are NOT welcome. You MUST book your Villa Borghese visit in advance.

Arrive early, as it takes time to get your ticket, check your coats and bags, and queue up.

Villa Borghese is included in the Roma Pass, but still requires an advanced reservation.

You can book tickets via phone at +39 06 32810 or online Galleria Borghese website. Visits are limited to a two-hour time slot and standard tickets cost 15 euro.

How to get there

A taxi will bring you to the nearest entrance at Villa Borghese, from which you will need to walk about 5 minutes into the gardens to find the gallery. Alternatively, you can take a scenic walk through the gardens from either the Spagna or Flaminio Metro stations, although this route would be best managed with a map/GPS. If you prefer to take a bus, the nearest stop is Pinciana/Museo Borghese.