The Secrets of Michelangelo’s Last Judgment 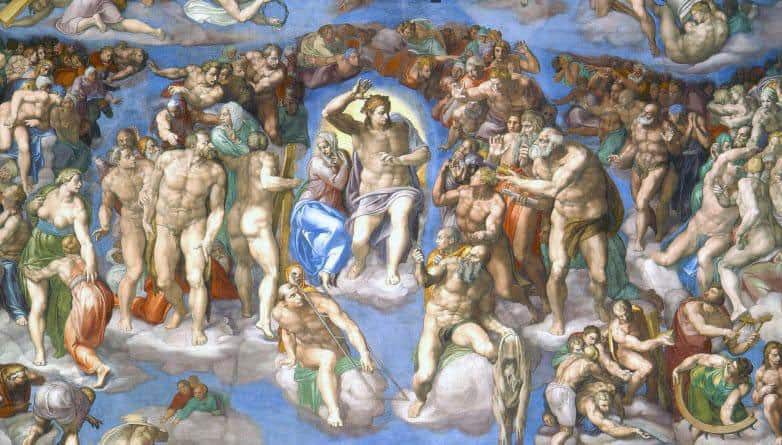 Forever in the Shadow of the Sistine Chapel’s Ceiling

The Sistine Chapel greets more than 25,000 visitors a day, many of whom spend the entire time with their heads turned up to the masterpiece of Italian Renaissance master Michelangelo. It’s sensible, as Michelangelo’s Sistine Chapel ceiling frescoes are usually at the very top of a Rome visitor’s bucket list – but we urge you not to make the grave mistake of turning a blind eye to “The Last Judgment”.

From floor to ceiling, Michelangelo’s brush strokes fit the altar wall with a compelling depiction of over 300 figures amidst the Second Coming of Christ, a.k.a. “The Last Judgment” of all mankind by God himself. The images are not as iconic and familiar as the ceiling’s “Creation of Adam”, for example, but the artist’s style and skill are ever present – and a side-by-side comparison highlights an intriguing evolution in his artistic vision.

One’s eyes could gaze, following figures and exquisite details round and round The Last Judgment to no end – an effect that was entirely intentional. With Christ at its center, the action takes a circular flow as souls rising from their graves are ushered to Heaven on the left, while the damned are forced to the right and pushed downward to Hell.

Michelangelo’s Christ is surrounded on either side by angels and saints, many of which can be identified by the objects that they hold. For example, St. Peter is depicted holding the keys that had been entrusted to him by Christ. Others present the objects which represent their martyrdom, such as St. Catherine, who holds a cogwheel, and St. Sebastian, with arrows in his hand. A gruesome depiction of St. Bartholomew holds his own skin to the bottom right side of Christ: interestingly, Michelangelo embedded his very own self-portrait in the flayed skin. 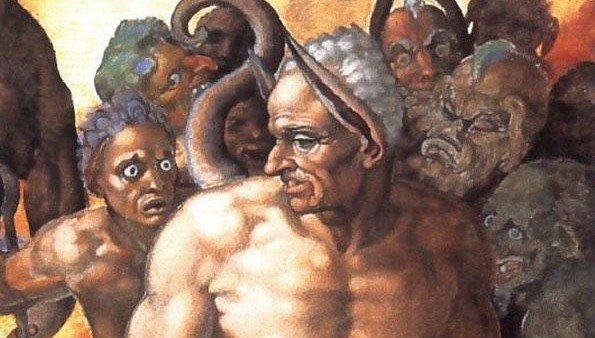 Michelangelo reserved a special place for his opponents

As with any notable work of art, The Last Judgment was met with its own stern judgments, critiques, and complaints. It had been centuries since Christ was depicted without a beard. It was suggested the body of Christ should have been larger than those of the saints and souls, and he should have been seated on a throne as in the Scriptures. The figures were thought to have been too muscular and, more notably, too nude!

When Michelangelo began work The Last Judgment mural, Pope Paul III instructed his Master of Ceremonies, Biagio da Cesena, to keep an eye on its progress. Biagio was a conservative man and, upon discovering the wall covered in nude figures, he attempted to persuade the Pope to have the figures covered.

Unfortunately for him, Michelangelo convinced the Pope to let him carry out his vision and, as an added touch, Biagio was later added as a portrayal of Minos, the judge of the underworld, with donkey ears and a snake wrapped around his groin. When Biagio returned to the Pontiff to ask for his face to be removed, Paul III jokingly explained that his jurisdiction did not extend to hell!

Sadly, after Michelangelo’s death in 1564, the Counter-Reform church authorities fell into line with the opinion of Biagio and commissioned Daniel da Volterra to add clothing and loin-cloths to many of the figures, earning him the nickname “breeches-maker”.

It would take days, if not weeks, to observe all that the Vatican has to offer, so the best way to see it all is with an expert guide by your side. On our Guided Tours of the Vatican Museums, Sistine Chapel, and St. Peter’s Basilica, you will skip the terribly long lines and jump straight to the must-see highlights! 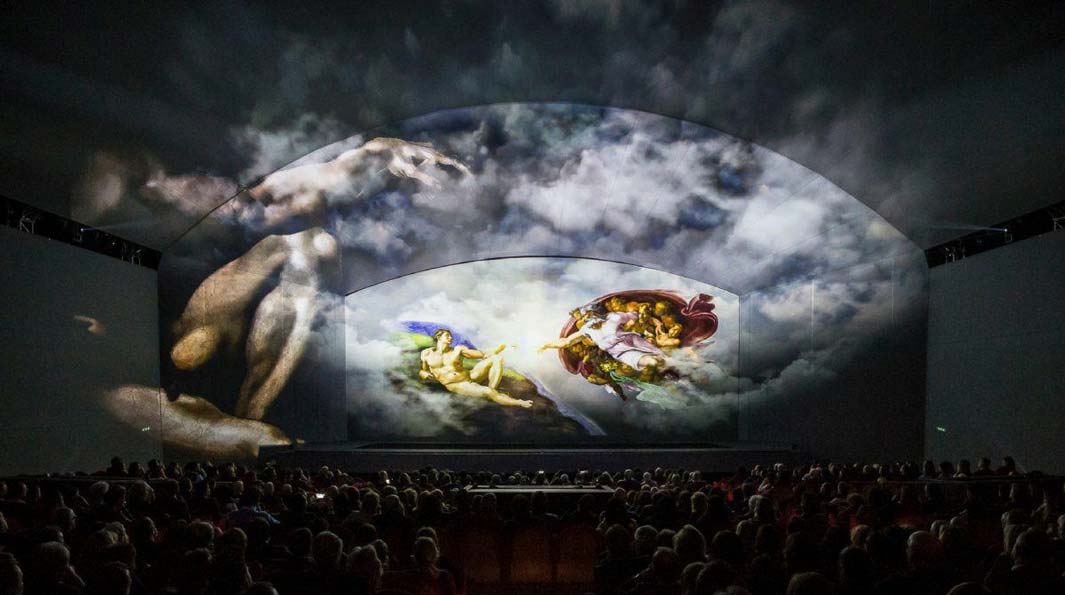 In 2017, the Auditorium della Conciliazione premiered its immersive theatre show “Giudizio Universale”, which combines theatrical performance, special effects, projections, and music by recording artist Sting to tell the story of Michelangelo and the Sistine Chapel! With performances every day just steps from the Vatican, it has received thousands of rave reviews in its first year of production!

See The Last Judgement for Yourself

Join us on any of our Vatican Tours for more information and an up-close look at the Sistine Chapel, the Last Judgement, and other highlights of the Vatican Museums!