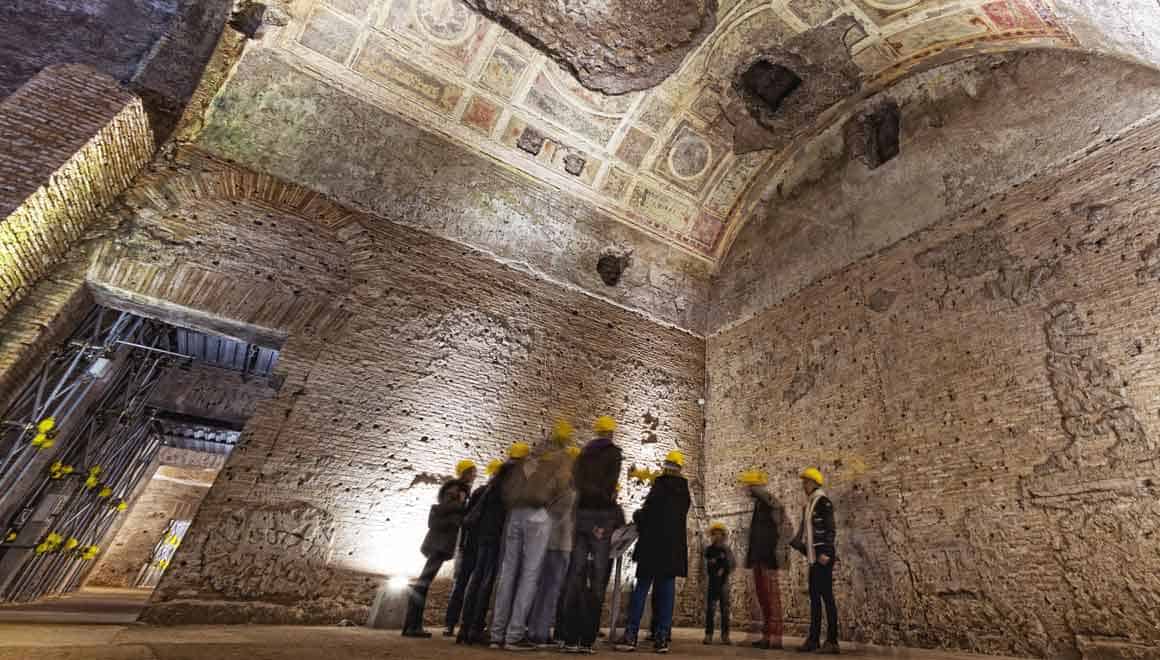 The Domus Aurea or ‘The Golden House’ was a vast and extravagant palace built in the heart of Rome by the Emperor Nero between 64 AD and 68 AD after the Great Fire of Rome destroyed much of the city. Nero wasn’t the most well liked Roman Emperor and many speculated that he started the fire himself in order to make way for the Domus Aurea.

Whatever the truth, the damage caused by the fire gave Nero the opportunity to take the land needed to build his opulent palace complex. When the land cleared by the fire still didn’t prove enough, he seized large areas of land owned by his people, and even carved into the Oppian, Palatine, Esquiline and Caelian hills!

The finished palace complex was estimated to span around 300 acres over the city centre. It was certainly not a house as its name suggests, and it could hardly be called a palace. Instead, the Domus Aurea was an extravagant series of buildings scattered amongst landscaped gardens, complete with an artificial lake. 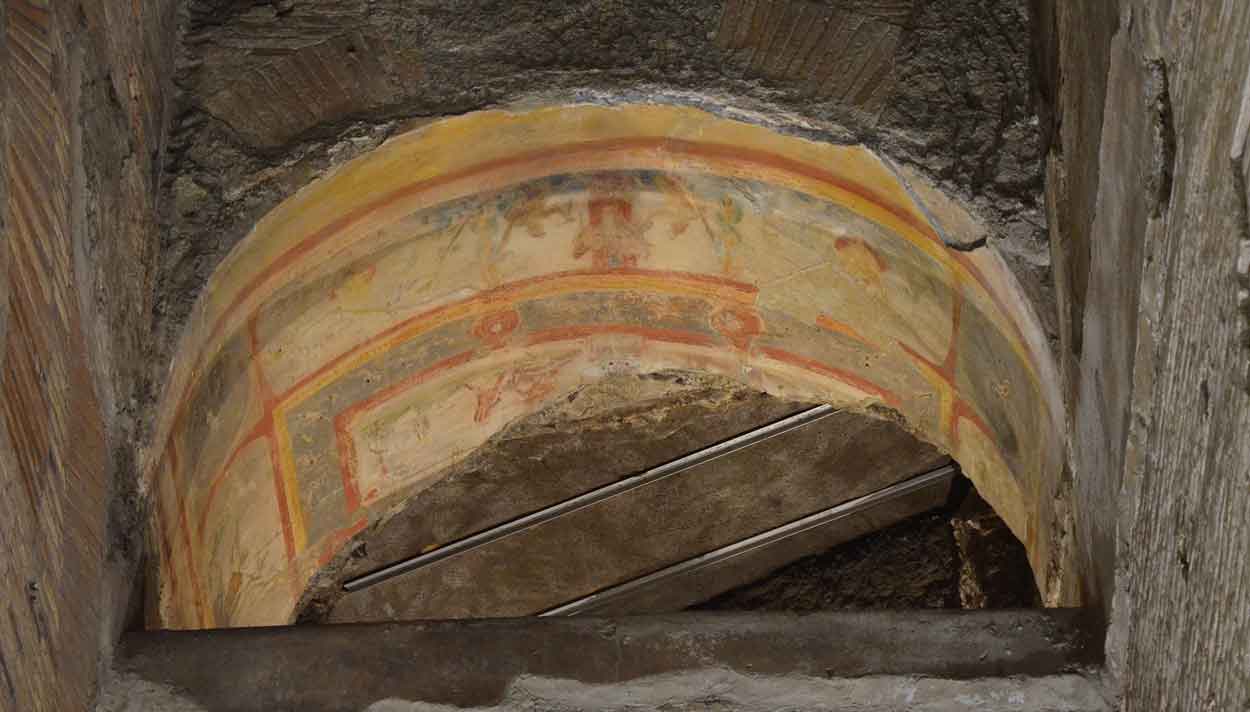 Nero himself, failed to see anything extravagant in the project. In fact, when it was complete he declared ‘Now I can begin to live like a human being’. Despite this bold statement, Nero didn’t build the Domus Aurea for living, but rather for entertaining.

Of the 300 rooms in the complex,  there was not one sleeping quarter, kitchen or bathroom! He kept his palace on Quirinal Hill for his everyday activities and used the Domus Aurea purely for entertainment and pleasure. 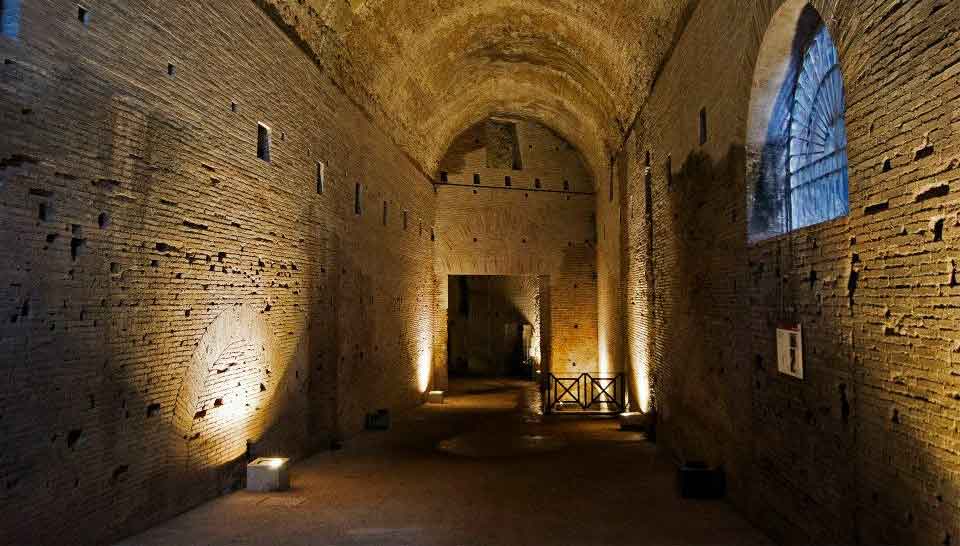 To construct his grand palace Nero hired the architect Severus and the engineer Celer, both who were already widely known over Rome for their work. For the interior decoration and painting he hired Famulus, whose work was later studied by Renaissance artists. Nero oversaw the construction and design, making sure everything was up to standard.

The interior of the buildings were covered in gold leaf, giving the complex its name. This was not the only extravagance; there were gem-coated walls, ivory and pearl decorations, lavish frescoes, marble and detailed mosaics. It was also an architectural marvel, boasting revolving rooms, waterfalls running down walls and even ceilings that showered guests with perfume and flower petals!

The main building was so big, it housed a 35 meter high bronze statue of Nero himself in its entrance (nicknamed the ‘Colossus’ which is what gave the Colosseum its modern name)!

The Need to Forget Nero’s Legacy 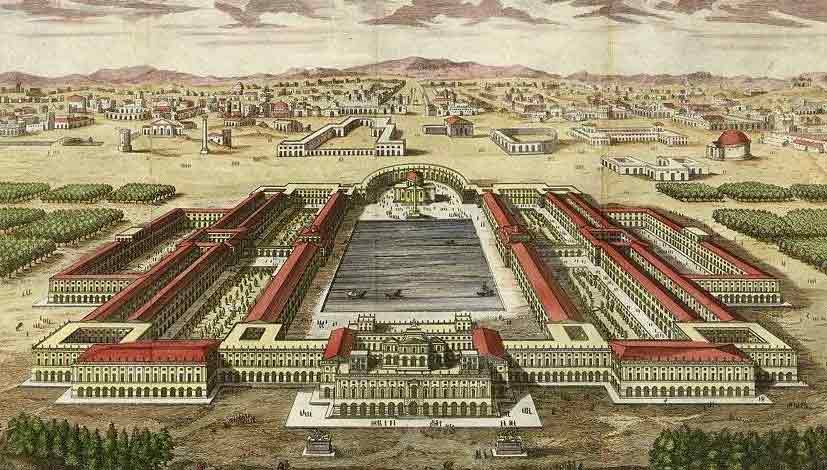 An artists rendering of how the domus aurea may have looked in its heyday looked. https://www.facebook.com/historyofRome/photos

Unfortunately for Nero, he was not able to enjoy his party palace for very long. He died shortly after the Domus Aurea’s completion in 68 AD. His successors, wishing to distance themselves from Nero and his reign, gave the land back to the public.

The palatial complex was stripped of its marble and decorations, filled with earth and slowly disappeared under other structures. The grand lake was drained of water, and the Colosseum was constructed on top! Within 40 years, the Domus Aurea had all but disappeared from view, and from memory, willingly! 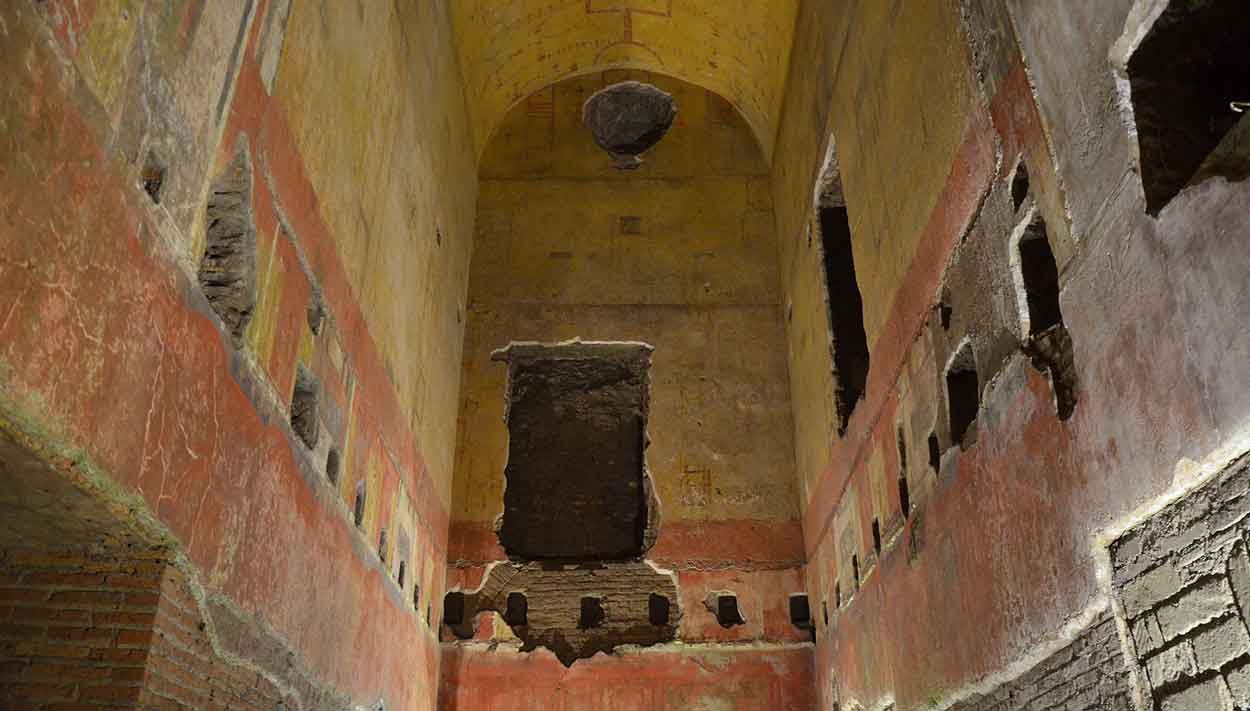 A detail of the Domus Aurea’s richly decorated interior walls

The complex was discovered by accident in the 15th century when a young Roman fell through a hole in the Esquiline Hill. He was surprised to find himself in a huge cave decorated with frescoes. Soon, curious locals and artists alike were queuing up to take a closer look at the new discovery.

Even Raphael and Michelangelo found themselves inside the ‘cave’ intent on studying the art. The frescos effect on the Renaissance artists was enormous, and can be seen in some of Raphael’s work in the Vatican. 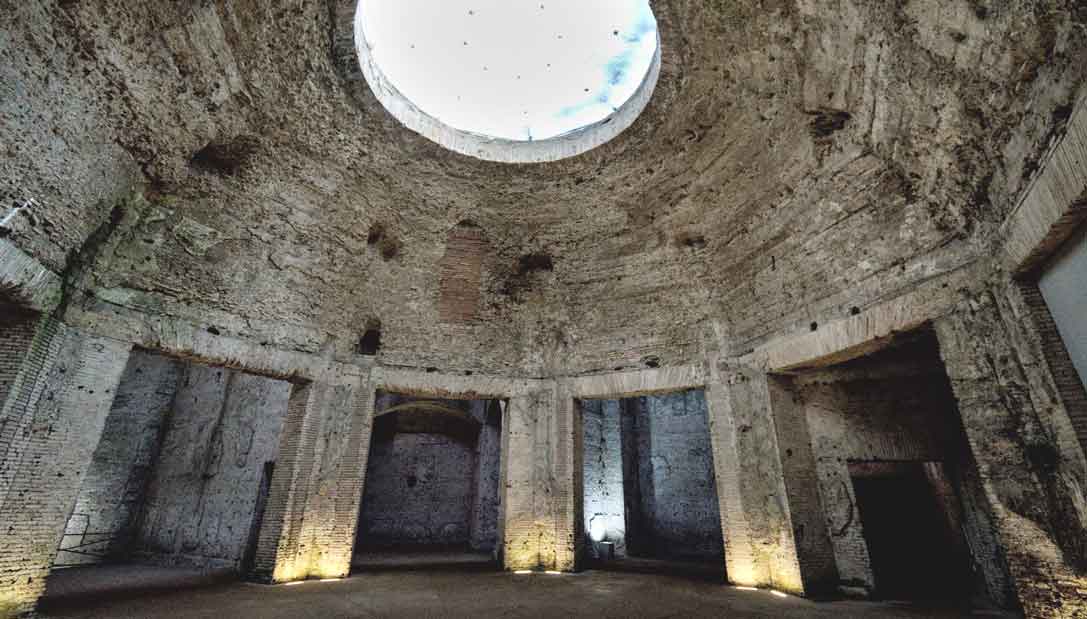 The octagonal room is one of the most mysterious structures in the Domus Aurea. Experts aren’t quite sure what it was used for

Most of the Domus Aurea is still buried under the city, however, the section that was first discovered by the unknowing man in the 15th century, is now open to the public. You can view some of the famous frescoes by Famulus, and ingenious engineering such as the Octagonal Room, complete with an oculus in its ceiling (a precursor to the Pantheon!).

There is also a virtual reality section of the tour if your imagination cannot comprehend the scale and excessive extravagance of Nero’s dream house.

Visits by guided tour are available on Saturdays and Sundays between 9am and 5pm. There are a maximum of 25 people per tour, departing every 15 minutes. Tours are in English, Italian or Spanish and last about 1 hour and 20 minutes.