St Stephen in the Round 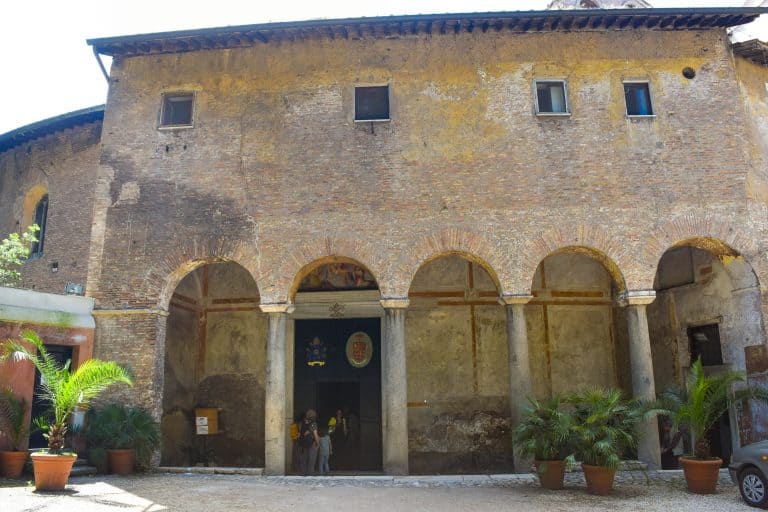 Hidden behind an ancient wall, off a lesser-travelled side street of Rome, is the 5th century Basilica of Santo Stefano in Rotondo, or “Saint Stephen in the Round”. The church gets its name “round”, unsurprisingly, from its shape! Unlike typical churches in The Eternal City, the altar rests at the center of this stunning sanctuary. Wooden beams cross the ceiling and colonnades support the perimeter of the central dome. As if the peculiar medieval architecture wasn’t enough… 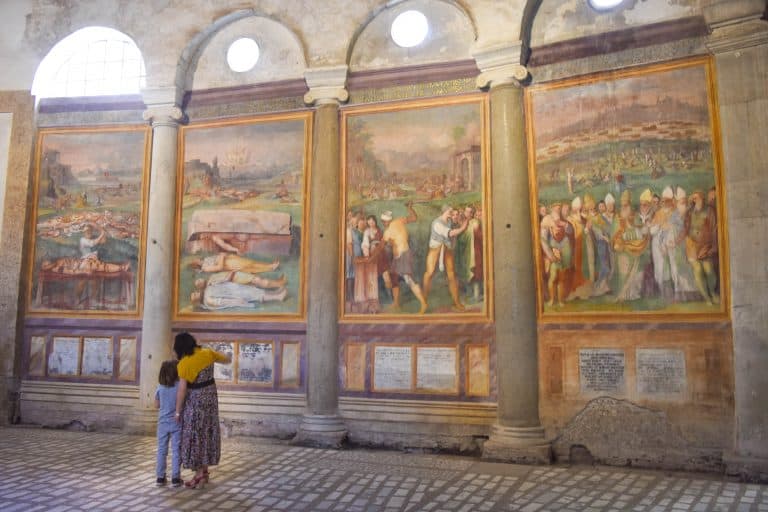 …the 16th century wall frescoes depict the brutal executions of 34 saints, apostles, and martyrs! Commissioned by Pope Gregory XIII, the gruesome, life-sized scenes that make up the “Martyrdom Cycle” are shocking but also informative. Each panel focuses on one martyr, depicting his or her execution, accompanied by an explanatory epigraph etched into marble “captions” below. The Italian and Latin inscriptions include the names of both the martyr and the executioner, along with an accompanying bible verse. 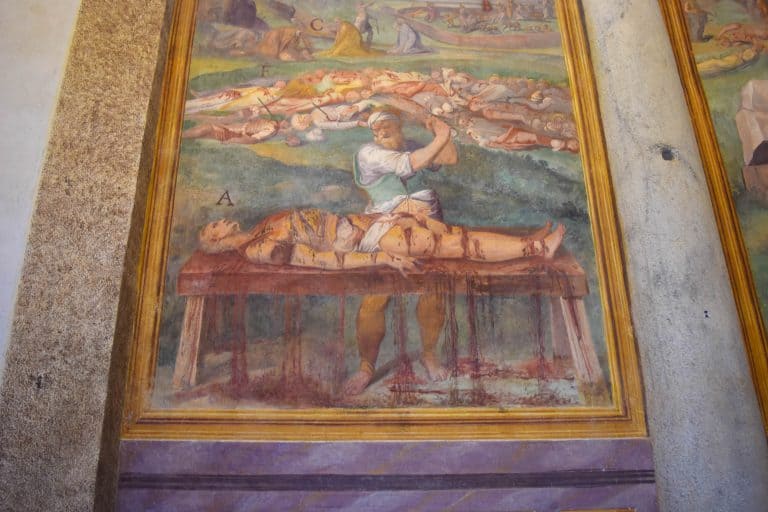 Upon his visit in the 19th century, Charles Dickens wrote “Such a panorama of horror and butchery no man could imagine in his sleep… Grey-bearded men being boiled, fried, grilled, crimped, singed, eaten by wild beasts, worried by dogs, buried alive, torn asunder by horses, chopped up small with hatchets: women having their breasts torn with iron pinchers, their tongues cut out, their ears screwed off, their jaws broken, their bodies stretched upon the rack, or skinned upon the stake, or crackled up and melted in the fire: these are among the mildest subjects.” 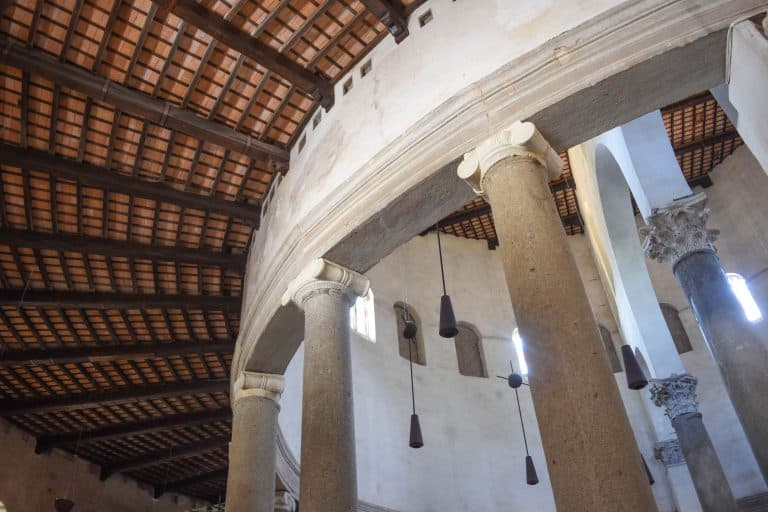 In the 18th century Pope Pius VI declared this unusual sanctuary to be Hungary’s National Church in Rome, following his order to demolish the former “St Stephen of the Hungarians” to make way for expansions at St Peter’s. Since then, it has been a very important point for Hungarian pilgrimages.

The space currently serves as a fully functional place of worship, and often hosts weddings at weekends (interesting choice!). Weekday visitors are likely to find a tranquil ambience, perfect for pondering the vivid artworks, as this gem has yet to make its way to the general tourist’s map!

Contact us at What A Life Tours for advice and info about exploring The Eternal City – or let us tailor the perfect tour for you!