See All Raphael’s Masterpieces in Rome 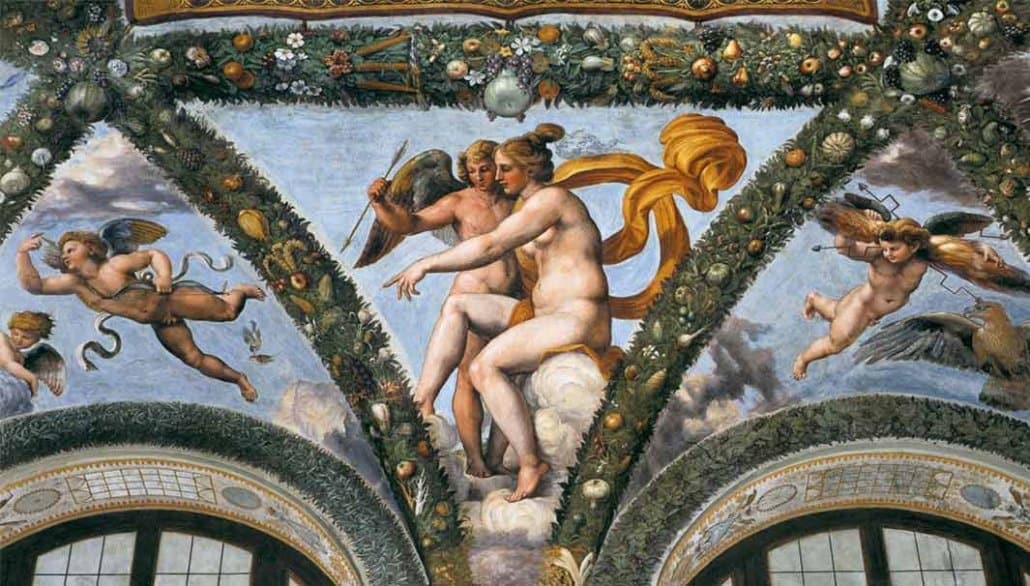 Raffaello Sanzio da Urbino, known simply as ‘Raphael’ outside of Italy, is widely regarded as one of three masters of the High Renaissance, alongside Michelangelo and Leonardo Da Vinci. The artist’s brief life can be divided into three stages. From his birth in 1483 until the age of 21 Raphael resided in his hometown of Urbino, where he began his studies with Umbrian master Pietro Perugino. In 1504, he headed to Florence, where he studied intensively for four years before heading to Rome, where he would create an impressively large collection of masterpieces before his sudden death at the age of 37.

Art history cannot be discussed without mention of the great master Raphael. His story and iconic images have withstood the test of time, highly regarded even today by art lovers around the world. For those looking to understand the artist, walk in his footsteps, admire his masterpieces, and even pay their respects – there is no better destination than Rome! Here’s a detailed guide on where to find Raphael’s most spectacular contributions to the Eternal City.

The Raphael Rooms at the Vatican Museums 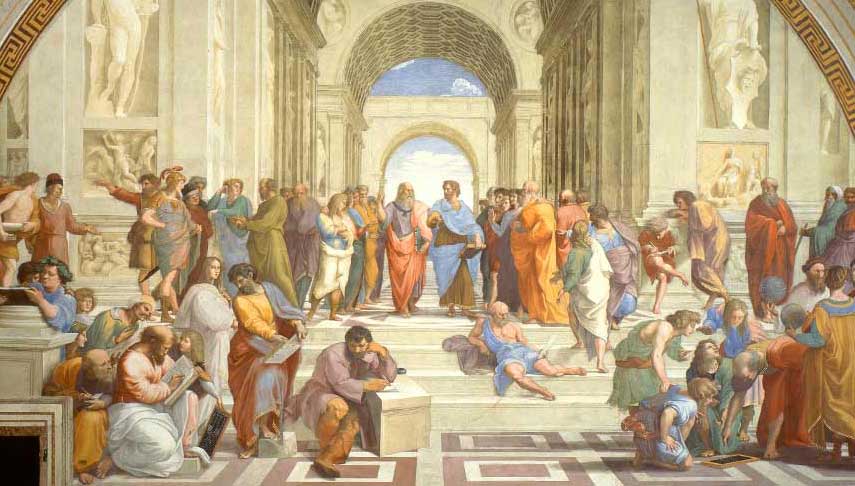 Raphael’s ‘School of Athens’ really puts the Renaissance in perspective

In the Leonine papal apartments of the Vatican Museums, the four Raphael Rooms were painted in fresco style by Raphael and his students over a 9-year period. The first room, painted between 1508-1511, was the Stanza della Segnatura, which features Raphael’s famous “School of Athens”.

Next up was the Stanza di Eliodoro, which was tackled from 1510-1514. While the first two rooms were painted largely by the hand of Raphael himself, his students took on a majority of the responsibility in executing his designs in the Stanza dell’ Incendio di Borgo (1514-1517), which depicts the great Borgo fire of 847 AD, and the Stanza di Constantino (1517-1524), which was completed after the artist’s death.

Inside the Vatican “Pinacoteca”, or Picture Gallery 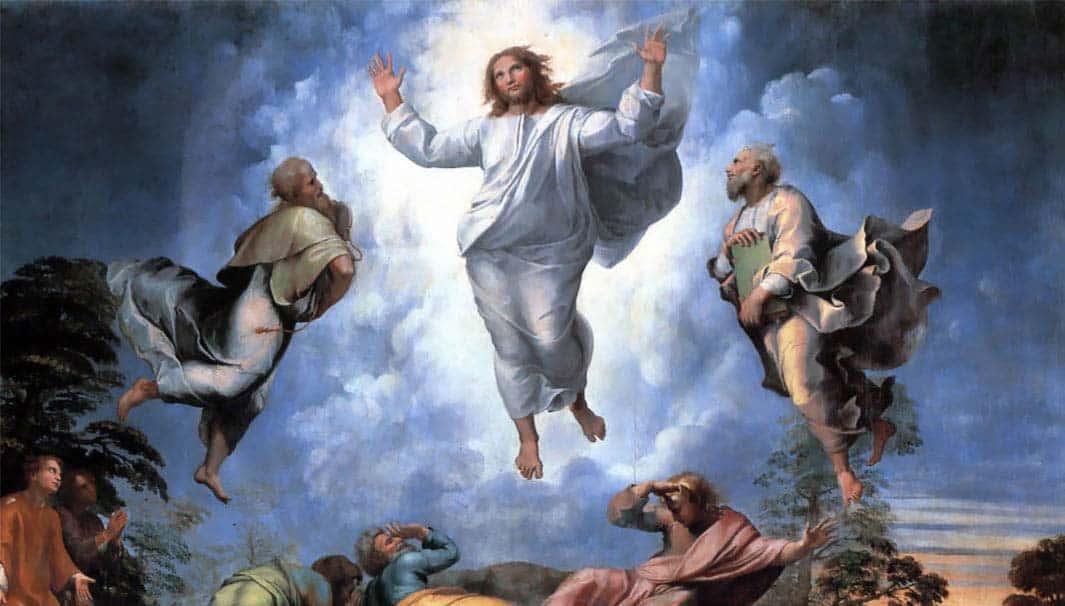 Even among such an impressive collection as the Vatican Picture Gallery, Raphael’s works stand out. In Room VIII, the “Coronation of the Virgin” (1503) and “Madonna of Foligno” (1511) are set on either side of the room’s centrepiece, “The Transfiguration” (1520). When Raphael died, “The Transfiguration” was found incomplete in his studio and was carried at the front of his funeral procession; it is considered to be Raphael’s greatest masterpiece! Room VIII also includes detailed tapestries that were made in Flanders, now referred to as Belgium, according to Raphael’s designs. If you’re planning on taking a guided tour of the Vatican, you may have to book a private tour, as the Pinacoteca is not on standard itineraries. 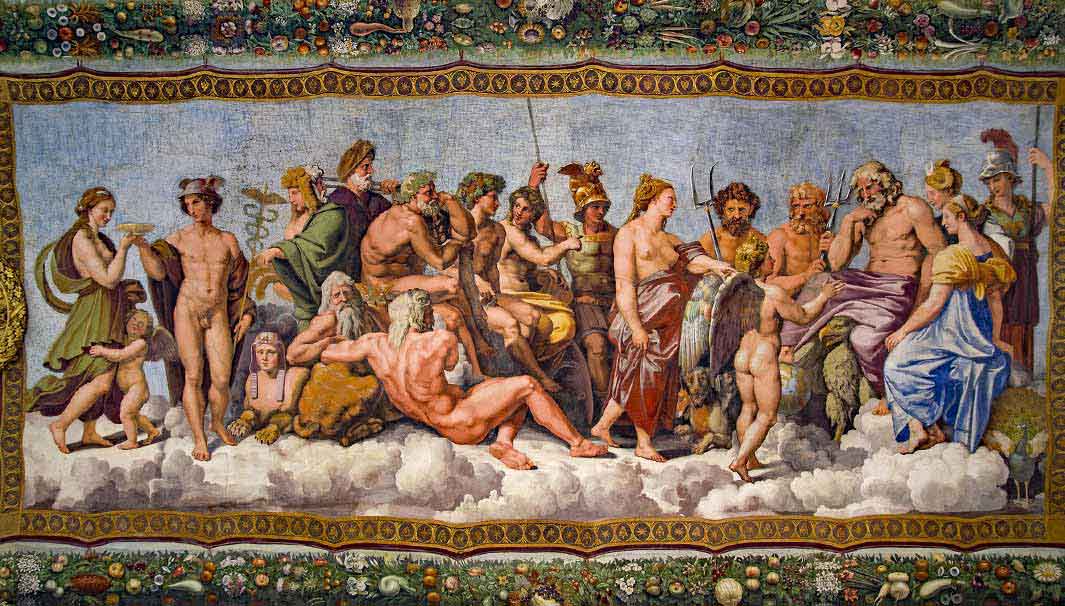 Step into the the unspoilt Renaissance at Villa Farnesina in Trastevere

Villa Farnesina, the 16th century private Renaissance villa in Trastevere, is decked with frescoes by Peruzzi, Sebastiano del Piombo, and Raphael himself. The Loggia of Galatea (1514) features the artist’s heavily reproduced cupids with arrows, while the Loggia of Cupid and Psyche is highlighted by his mythologically-inspired ceiling fresco cycle design (1517-1518). The latter was executed with great help from his students as, at this time in his life, the artist spent much time with his girlfriend Margherita Luti, also known as “La Fornarina” or “the baker’s daughter”. 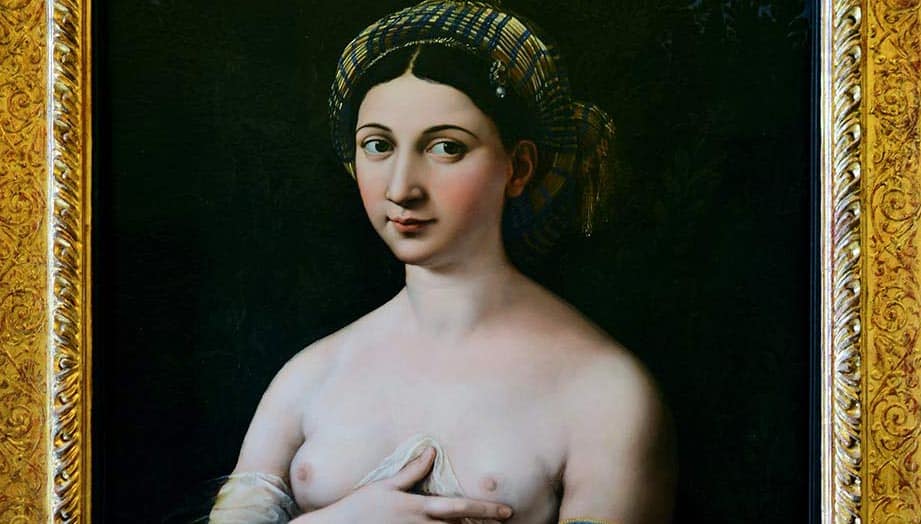 In Palazzo Barberini, which houses one half of the National Art Gallery, Raphael’s 1519 portrait of his girlfriend, “La Fornarina”, hangs. In its time, it was considered quite provocative, as the subject is pictured bare-breasted wearing an armband with the artist’s name on it – as if he were marking his property.

“The Deposition” at the Borghese Gallery 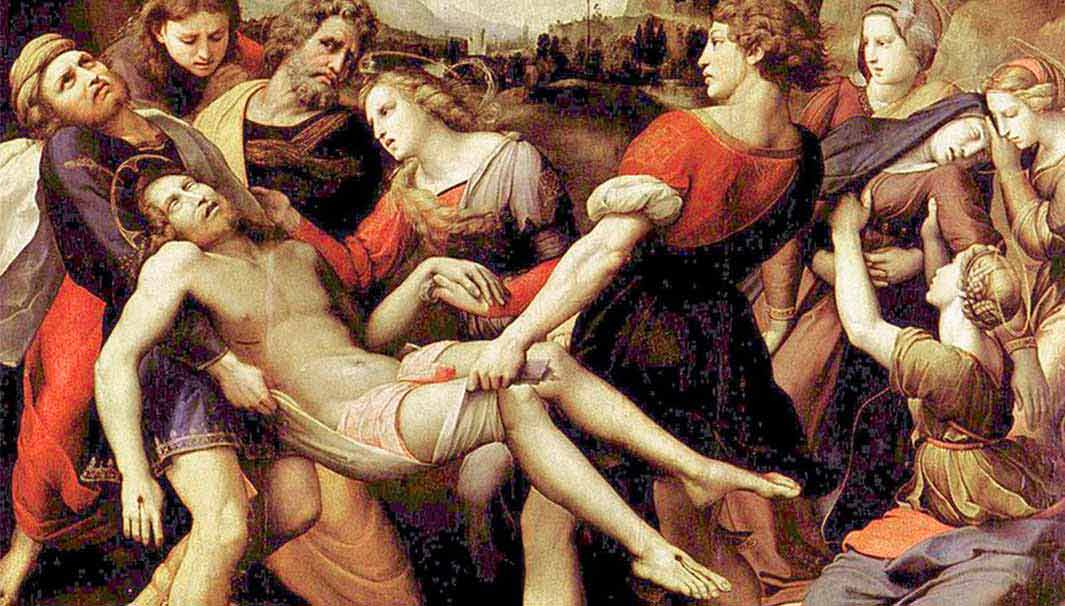 Completed in 1507, “The Deposition” or “The Entombment of Christ” depicts Christ’s body being carried to his tomb. The artwork, of oil paint on wood, is a central piece in the Borghese collection, which also includes works by Caravaggio and Bernini.

The Prophet Isaiah at the Church of San Agostino 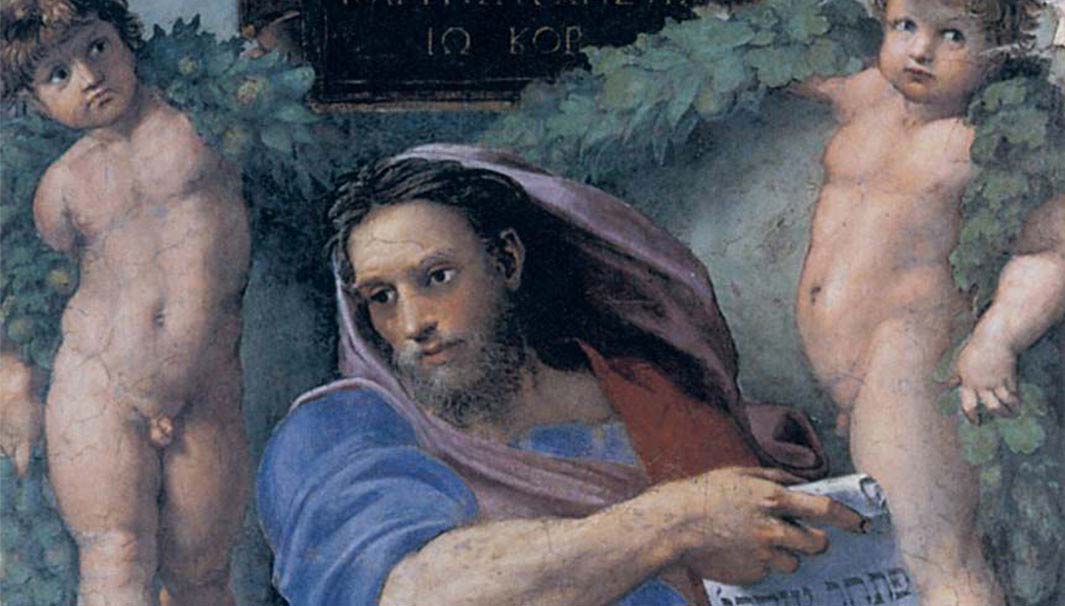 The third pillar on the right of the Church of San Agostino features Raphael’s fresco of “The Prophet Isaiah”, completed 1511-1512 and exhibiting influences of Michelangelo’s signature style.

The Sibyls in the Church of Saint Mary of the Peace 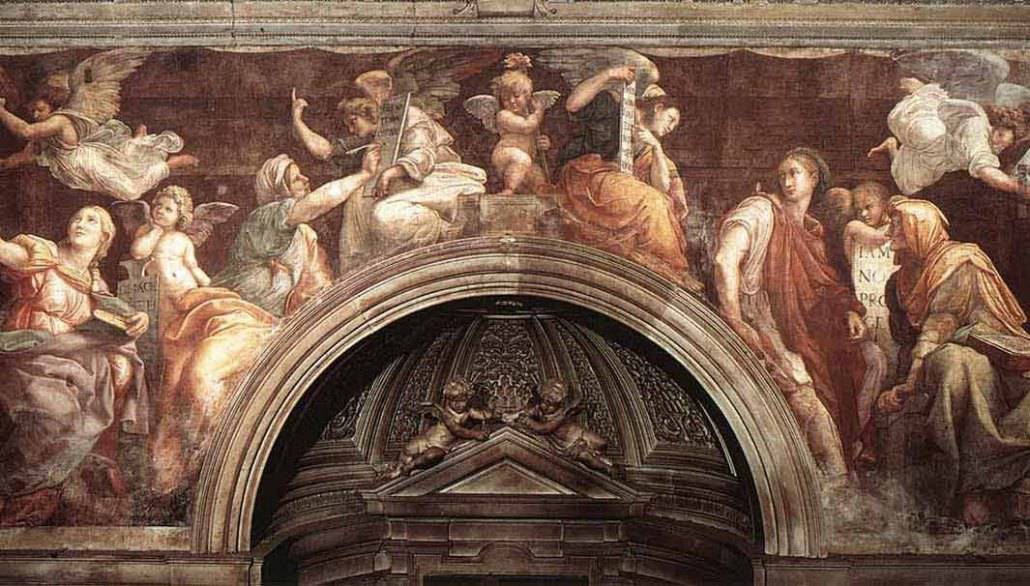 Near Piazza Navona, the Church of Santa Maria della Pace is home to Raphael’s 1514 fresco of the Sibyls. It is found in the first chapel on the ride side of the church. Art historians suggest that it was inspired greatly by the figures of Michelangelo’s Sistine Chapel ceiling. 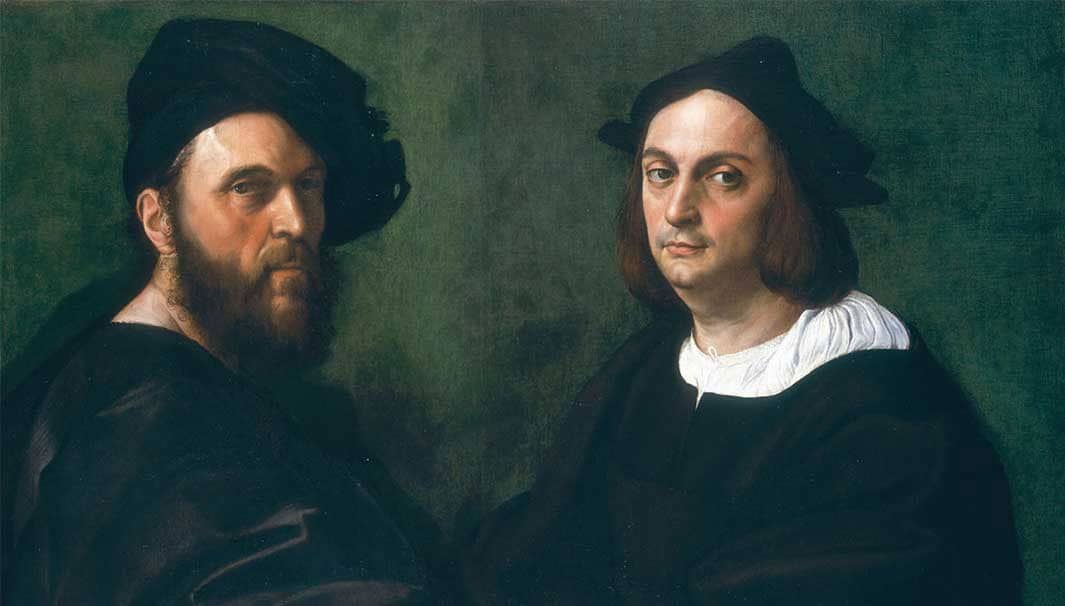 Nobody knows why these two colorful guys are in the same painting, but they don’t look too happy about it!

This mysterious 1516 portrait of two noblemen leaves many unanswered questions. No one seems to know why the two figures were portrayed on the same canvas with no direct link to one another, but it certainly makes a nice addition to the privately-owned Doria Pamphilj Gallery, which includes works by Tintoretto, Carracci, Bellini, Bruegel, Caravaggio, Titian, and Bernini.

Raphael’s Tomb at the Pantheon 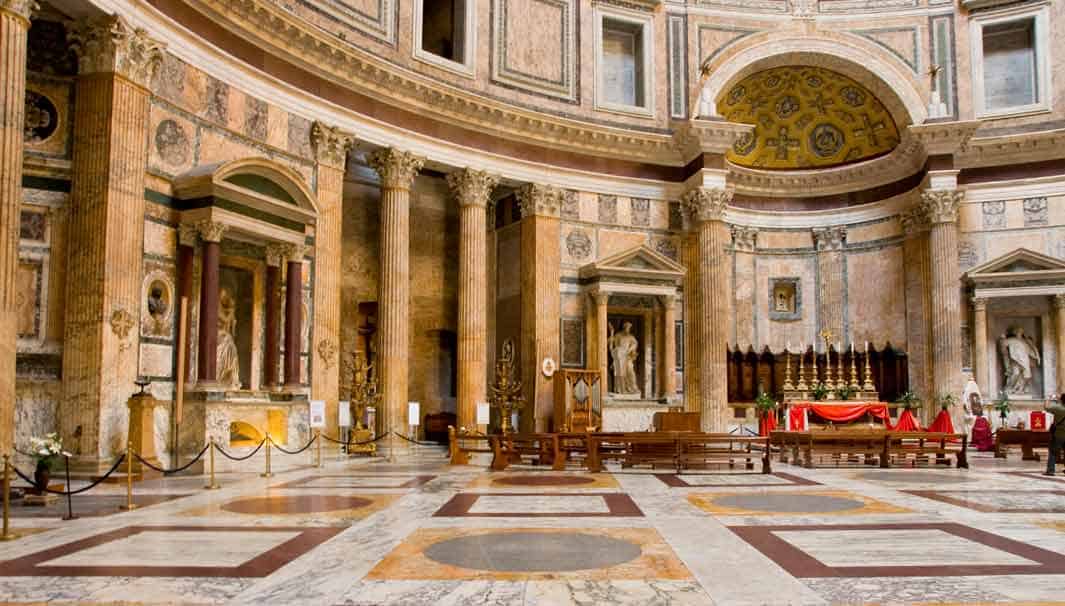 Raphael died of a sudden high fever on his 37th birthday. He was sick for 15 days, during which time he made arrangements to be buried with his girlfriend, La Fornarina, inside the Pantheon. They remain entombed there together under a Latin inscription which poetically reads:

“Here lies Raphael, by whom, while he lived,
Nature feared she would be outdone
and, as he died,
feared she herself would die.”