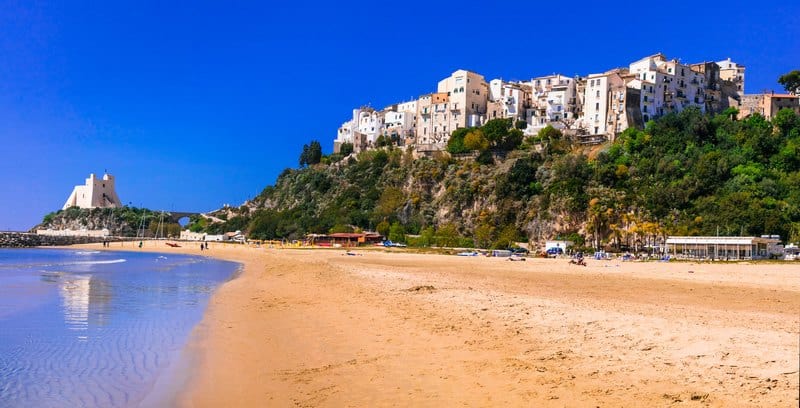 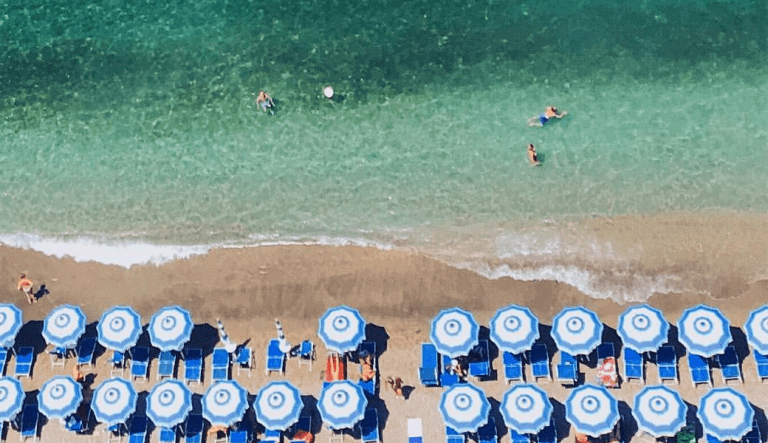 Rome is a top destination with an incredible history, a rich culture, and exquisite food – but, my oh my, the summer temperatures can soar! Ever since Ancient Times, Romans have fled to the seaside to escape the heat – a tradition that is fervently upheld even today. And, if you want to experience “la dolce vita”, we suggest you do it, too! Skip the stress that comes with driving, navigating, and parking and make your way to the Rome’s best beaches without a hitch!

A brief note: While most beaches do have free areas, they are widely covered with “stabilimenti”, which are “private beach areas”. Visitors can pay a fee for a day’s access to these establishments, which often includes an umbrella-covered beach chair, a towel, and access to amenities like restrooms, changing rooms, and showers. They sometimes have restaurants or bars on site, as well. 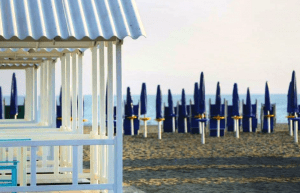 How to get there: Take Metro B to Piramide Station, then take the 35-minute “trenino” (a part of Rome’s metro system) to Roma-Lido. Get off at Lido Centro Station. Walk to the beach or take the 07 or 070 buses along the shore until you find the beach that suits you. Cost: €2

What to know: Ostia is one of the closest beaches to Rome, and certainly the cheapest and easiest to get to. This makes it a convenient destination, but also one of the most crowded beaches near Rome. The atmosphere is casual and lively, with a variety of nightlife options. Art Nouveau style houses and seafood restaurants line the waterfront of Ostia-Lido, which is not to be confused with Ostia Antica, the Ancient Roman sea port which is just a short trip away. 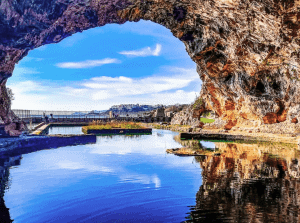 What to know: Sperlonga has been designated a “Blue Flag” beach for more than a decade, which means that it is exceptionally clean and environmentally friendly. The picturesque town is perched on a hill overlooking the water, where winding staircases lead past a variety of small, local shops to the beach. It is not the most convenient to get to, which makes it a bit less crowded than the other beaches. Visitors can also explore Emperor Tiberius’ Grotto, which is included in the entrance ticket to a small archaeological museumnear the shore. 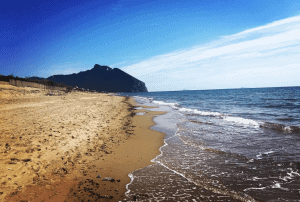 How to get there: Take a train from Roma Termini Station to Priverno-Fossanova (55 minutes). Then take a 35-minute COTRAL bus to Sabaudia. Cost: €6-16

What to know: Like Sperlonga, Sabaudia is a very clean, beautiful beach that is not the most convenient to get to – but that means it’s less crowded than the others! Don’t let the train and bus combination deter you; this is a great seaside escape. Just be sure to check both the train and bus schedules in advance and plan accordingly (for both the outgoing and incoming journey). Buses can be very infrequent, and the train station is not walking distance from the beach. Taxis could be an option, but it would still be safe to check in advance. 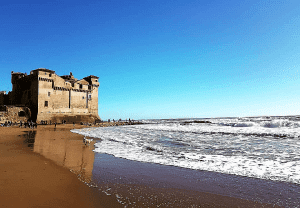 How to get there: Take a 1-hour train from Rome (Roma Termini, Ostiense Trastevere, or San Pietro) to Santa Severa, then walk 15 minutes to the beach. Cost: €4-10

What to know: Santa Severa is a delightful destination as it is easy to get to, but far enough that it is not as crowded as closer beaches like Ostia. Like all Roman beaches, there are plenty of stabilimenti to choose from, but some rocky areas serve as free beaches for everyone (and offer a more interesting climb into the water). The 14th century Santa Severa Castle dominates the scene. While many visitors have claimed a visit to the castle as an underwhelming experience for the price, from the outside it gives the beach an extra touch of Medieval magic that we just can’t deny. 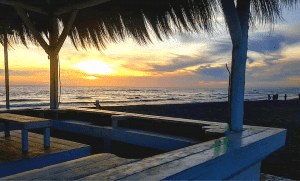 How to get there: Take a 35-minute train from Roma Termini to Maccarese Station. Then take a 10-minute bus ride to Fregene Via Cattolica. Cost: €4-8

What to know: Fregene is one of Rome’s closest beaches but, unlike Ostia, it is reserves a more sophisticated ambiance. Romans flee to Fregene’s elegant stabilimenti for sunbathing and beach volleyball as well as dabbling in various surf sports, but elegant aperitifs and fine seafood dining keep them lingering late into the night. 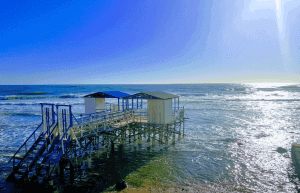 How to get there: Take a 1-hour train from Rome (Roma Termini, Ostiense, Trastevere, or San Pietro) to S. Marinella. Walk 5 minutes to the beach. Cost: €4-11

What to know: Santa Marinella is a popular seaside destination as it is absolutely beautiful and super simple to get to! Trains depart hourly from Rome, whisking travellers off to sandy beaches accompanied by clear waters, and a variety of bars, shops, and restaurants. Expect crowds at weekends. 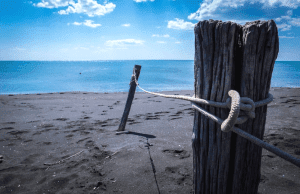 How to get there: Take a 45-minute train from Roma Termini Station or Ostiense Station to Cerveteri-Ladispoli. Walk 10 minutes to the beach. Cost: €3-8

What to know: Ladispoli tends to fly a bit under the radar. It’s very close to Rome, incredibly easy to get to, and boasts unique black sand beaches. A charming neighbourhood stretches from the train station to the beach along the main street, which is lined with affordable options for shopping and casual dining. 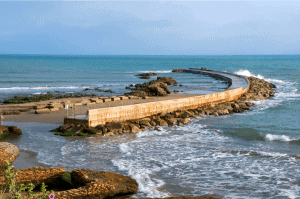 How to get there: Take a 1-hour train from Roma Termini to Anzio Station. Walk 15 minutes to the beach. Cost: €3-9

What to know: Hourly trains make it easy to reach Anzio, a seaside town with a rich history. Ancient remains line the shore, including those of the villa of Emperor Nero, who reigned from 54-68 AD. In 1944 this beach was also used as a landing point for the Allied Forces who battled for months before eventually liberating Rome on June 4, 1944. Giant chains remain linked to the coastal cliffs and caves where Allied ships were once docked. Both the British Military Cemetery and the Sicily-Rome American Cemetery and Memorial can be found nearby.

*All information is subject to change. Check bus and train schedules in advance – especially on Sundays and public holidays.

*Always remember to stamp your tickets before boarding your train, or you could be fined.

*When searching for your destination on a train station ticket machine, be very specific when typing in the destination name. For example, if you search for “Sperlonga” nothing will come up, as the destination is called “Fondi-Sperlonga”. Santa Marinella, on the other hand, is listed as “S. Marinella”.

We hope you enjoy many sunny seaside days and have found our tips useful!

Contact us at What A Life Tours for specialized Rome tours!