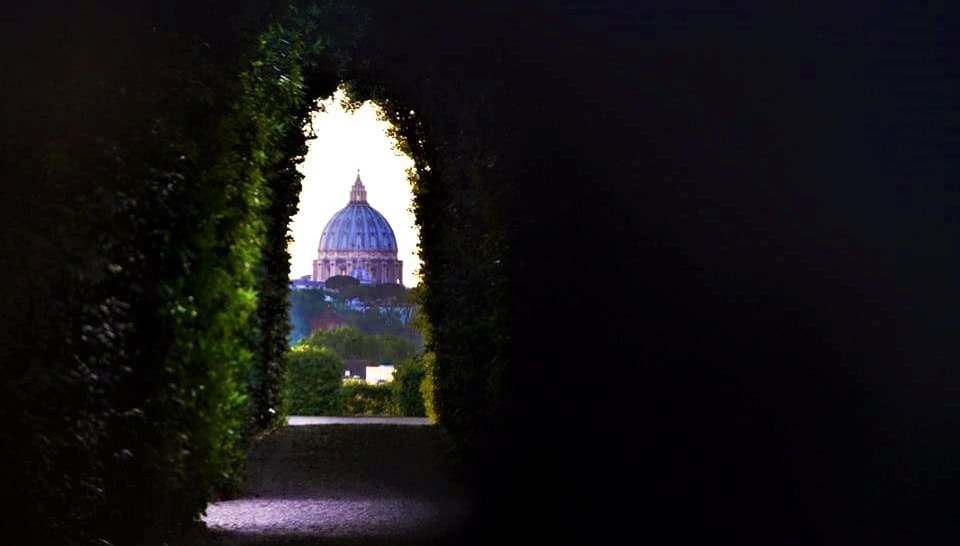 The Aventine Keyhole offers one of Rome’s most picturesque and perfectly manicured views of St Peter’s Basilica, but it remains shrouded in mystery. If you’ve ever looked through the unassuming brass keyhole that sits on a unmarked green door in a large piazza on the Aventine Hill, you’ll understand the allure. But why is it there? How did it come about? The truth is, no one actually knows. Or perhaps it’s just a very well kept secret!

What Do We Know About the Aventine Keyhole? 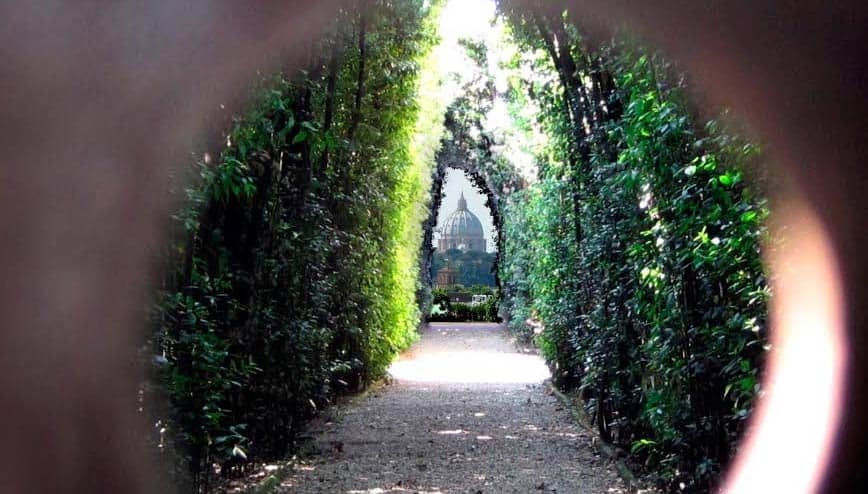 You’ll be surprised to see St. Peter’s in there. https://www.facebook.com/granprioratoroma/photos

When you peek through the mysterious keyhole, you actually have three countries in your line of of sight: Malta, Italy and Vatican City! The grounds just behind the door belong to the Knights of Malta and the estate has been granted extraterritorial status by Italy, which means it is Maltese soil. The view just beyond the estate is still of Rome, Italy. Finally, St Peter’s Basilica lies in Vatican City, the smallest country in the world. Pretty impressive for an unpretentious keyhole! 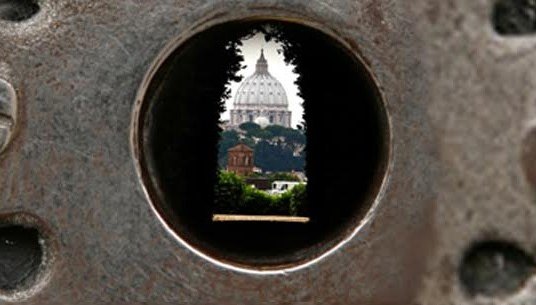 The Dome of St. Peter’s in perfect miniature. https://www.facebook.com/granprioratoroma/photos

While the keyhole may be the thing attracting the crowds, there’s more behind the large green door and ornate marble arch than most people are aware of. This doorway is actually the entrance to the Villa del Priorato di Malta. The villa is owned by the Grand Priory of the Sovereign Order of Malta. This ancient order of knights is the oldest surviving chivalric order, their mission statement being ‘The defence of the Catholic faith and assistance to the poor’. They continue to carry out charitable work and take their vows of chastity and poverty to this day. Their current headquarters is the Magistral Palace on Via Condotti.

A Little More on the Villa and Its Owners 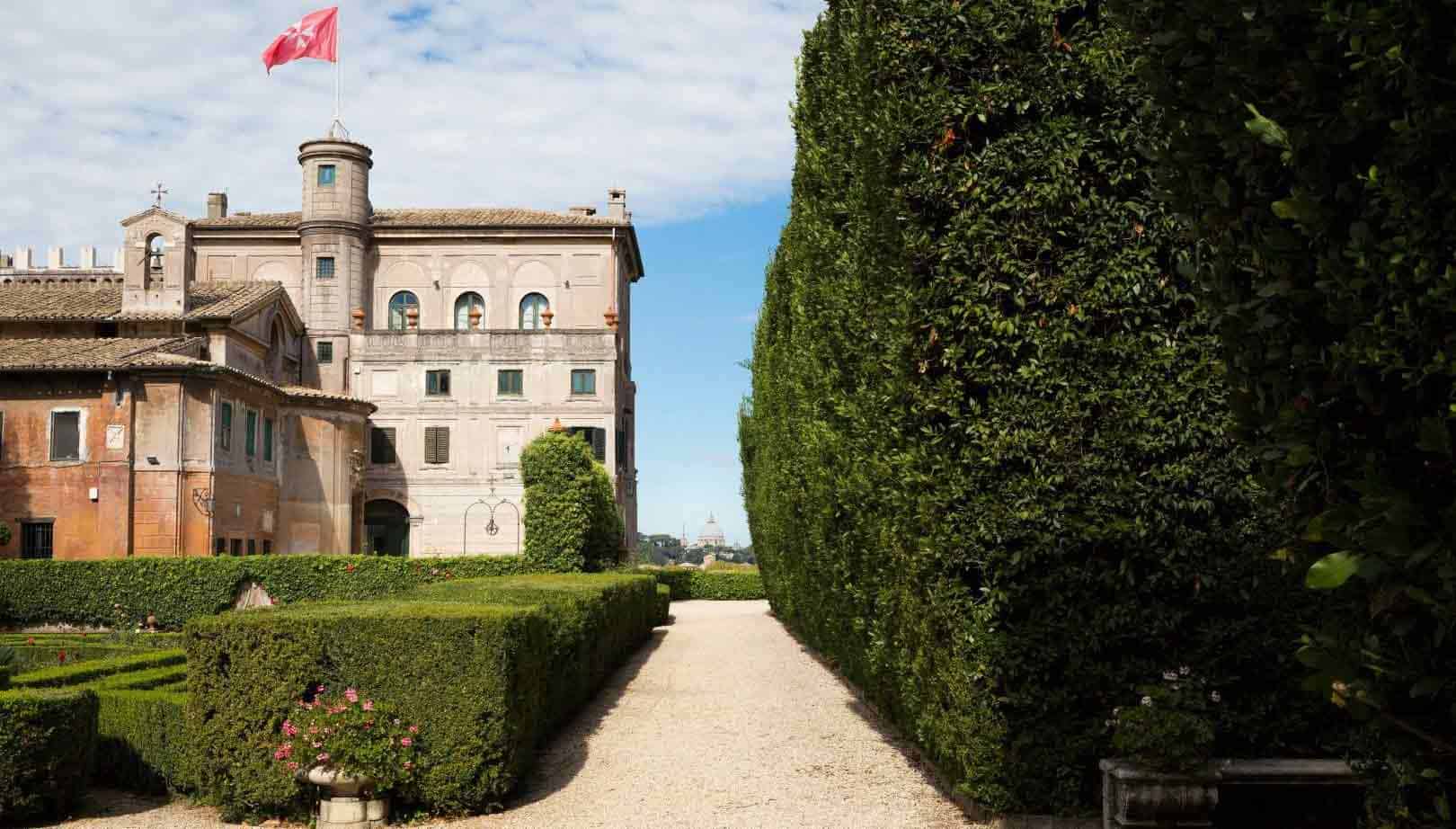 The villa is on sovereign territory of Malta. https://www.facebook.com/granprioratoroma/photos

The villa itself originated as a Benedictine Monastery in the 10th century and passed through several different orders before settling in the hands of the Order of Malta in the 15th century. Its location, high on Aventine hill overlooking the Tiber river, made its placement very strategic in the Middle Ages. It was the chosen fortification of the Templar Knights, known for their skilled fighting and involvement in the crusades (the religious wars). After the defeat of the Templars, the property was then passed on to the Knights Hospitallers, and then to its current owners, the Knights of Malta. 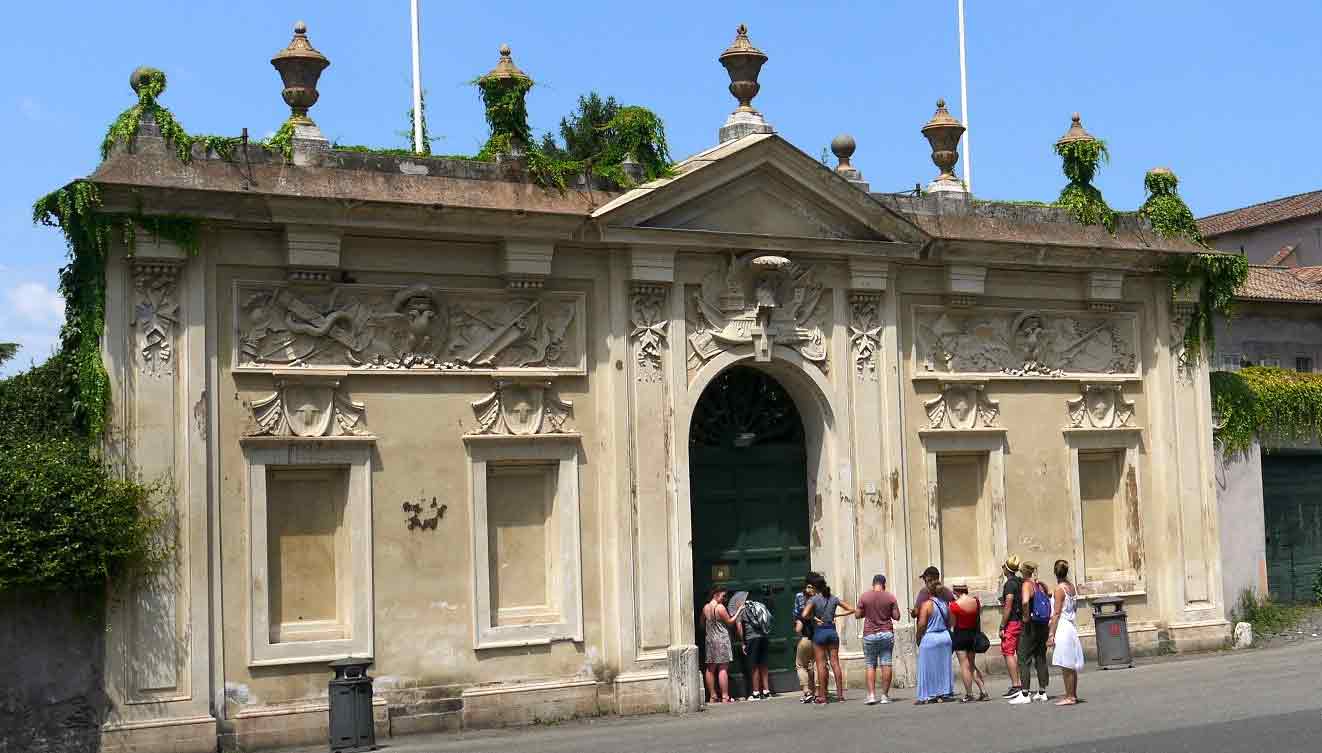 The villa that exists beyond the walls today, was redesigned in the 18th century by Venetian architect Giovanni Battista Piranesi. Piranesi was a pioneer in developing Neoclassical architecture in Europe. He also designed the piazza, Piazza Cavalieri di Malta, along with the monumental doorway on which the magical keyhole is located. Was it Piranesi then, who noticed the perfect alignment of the garden hedges with St Peter’s dome, and carved the keyhole into the door in the 18th century? Or was it added at a later date, perhaps by a Knight, wanting to share this spectacular view with the rest of Rome?

These questions may remain unanswered, but one thing is certain, the view through the keyhole is extraordinary!

Visits to the keyhole are free, though you might battle a line of people frantically trying to capture the sight on camera. Unless you have a good quality camera, taking a photo through the keyhole is impossible. A smartphone will not suffice!

Visiting Villa del Priorato is rare and by appointment only. Enquiries can be made through the Sovereign Order of Malta website.