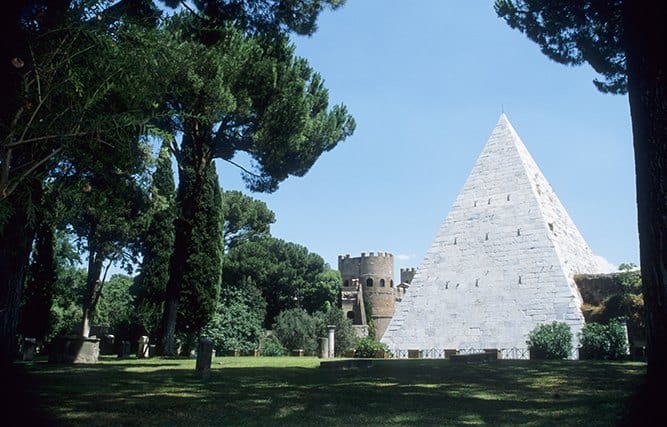 For those who are keen to strike a balance between escaping the tourist crowds and still having plenty to see and do, Ostiense is the answer. Catch the metro to Piramide Station and explore a more urban side of Rome in an unrecognisable but ever-growing area with ancient relics, innumerable Instagram-worthy street corners, and a wide array of international eateries. Welcome to Ostiense – a fresh, new take on “picturesque Rome”. 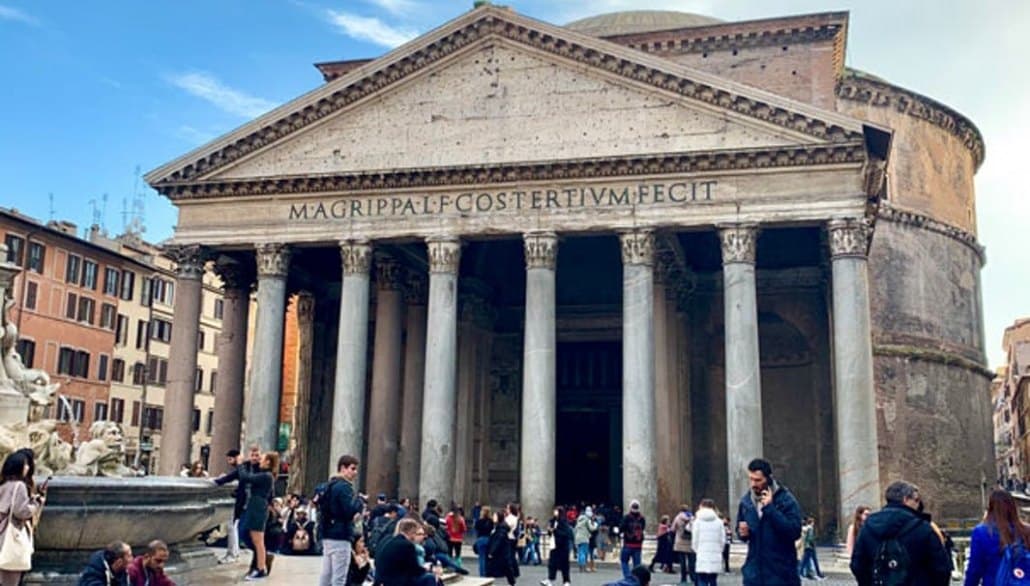 You’ll be astounded by the number of important monuments this city has to offer!

From ancient ruins and historical basilicas, to victory columns and arches, Rome is overflowing with monuments just waiting to be discovered. The most famous monument that makes its way across nearly every souvenir from the city is the Colosseum, the massive amphitheater that once housed the gladiatorial games nearly 2,000 years ago. Today, you are able to explore all of the tiers of the Colosseum including the arena floor and even see the mechanisms and cages that remain underground to this day.

Right next door to the Colosseum, you’ll find the Roman Forum and Palatine Hill, two important archaeological sites turned tourist attractions that house ruins from the heart of ancient Roman society. To get the best understanding of these amazing monuments, we recommend you join one of our skip the line Colosseum, Palatine Hill, and Roman Forum tours. Or for a completely unique experience, uncover the Colosseum at night on our Colosseum Under the Moon Night Tour!

Another breathtaking monument located in Rome’s historic city center is the Pantheon. This nearly 2,000 year old building was once a temple dedicated to all gods, but was later converted into a Catholic church that still functions today. Once you enter inside for free, you’ll find a massive unreinforced concrete dome complete with an opening in its center called the oculus. Besides being a beautiful sight to see, the Pantheon also contains the graves of many important historical figures such as Rapheal, the great Renaissance painter, and Victor Emmanuel II, the first king of Italy.

What to See & Do in Ostiense Before you exit Piramide Station, step over for a quick look at the public transport museum – for free! Three vintage tram cars are open to explore and provide stellar photo opportunities!

The only ancient Egyptian-style pyramid in Europe offers an unexpected greeting at the exit of Piramide Metro Station. It was originally built as a tomb for Gaius Cestius in 12 BC, making it one of the most well-preserved ancient structures in the city. Entry to visit the interior burial chamber should be booked in advance but, to be honest, the sheer site of a pyramid in Rome is enough to “wow” anyone!

A stunning cemetery spans in the shadow of the Pyramid. Walking amongst the graves is less morbid than it seems, as the walled perimeter and lush greenery offer a serene escape from the buzzing city. Angelic sculptures and poetic inscriptions mark the gravestones of Rome’s non-Catholics, including John Keats and the son of Goethe. Even Percy Shelley wrote “It might make one in love with death, to think that one should be buried in so sweet a place” before he died and was also put to rest here.

Ancient Roman sculpture on display in an old power plant just screams modern-day-hipster! Whether you’re a novelty-seeking millennial or not, classical art has an undeniable allure that this quirky, industrial gallery does not fail to highlight.

Grocery shopping has never been so exciting! Stock up on authentic Italian specialities like Calabrian salami, handmade pasta, and artisanal cheeses in addition to coffee, biscotti, and, of course, wine! This place has it all. Try free samples or sit down for lunch at one of the Eataly restaurants before making a stop at the pasticceria for dessert!

Ostiense has a lot to offer, but its street art can’t go unnoticed nor un-noted. International artists have decked the neighbourhood with colourful murals of epic proportions. Big hitting artists like Sten & Lex, Blu, Axel Void, and C215 have all got in on the action. Lace up your walking boots or hop on a Vespa and let the explorations begin! Via Ostiense 56. No-frills authentic Roman pizza and pasta for an honest price!

Via del Porto Fluviale 2. On weekdays these guys welcome you to their lunch buffet for only 10 euro, while the 19-euro weekend buffet is exceptional for brunch.

Via Francesco Negri 15. This vegan bistrot not only serves up amazing international creations made from fresh, seasonal ingredients, but they also let you play with their feline friends. Reservations are required!

Via Ostiense 73f. Tired of Italian food? Treat yourself to some soul-soothing ramen!

Via Ostiense 73. Kick back with a classic burger, fried snacks, and a refreshing variety of beer.

Via Ostiense 48. Rome’s favourite ice cream! Ask them to fill your cone from the chocolate fountain before topping it off with their authentic, homemade gelato.

Via Ostiense 54. Italians tend to eat sweets for breakfast, but this bakery is open all day long so you can come back for dessert, too. The hard part is deciding which sweets to try! Via Ostiense 68. Our favourite aperitivo AKA “Happy Hour” spot in Ostiense! For 10 euros you get a drink and access to a well-stocked buffet. Can’t beat it.

Via Bartolomeo Bossi 6. Night-owls can enjoy impressive cocktails in this esoteric-themed haunt late into the evening.

Rome’s first tiki bar is like an exotic getaway with a Hawaiian-themed atmosphere fresh cocktails to boot!