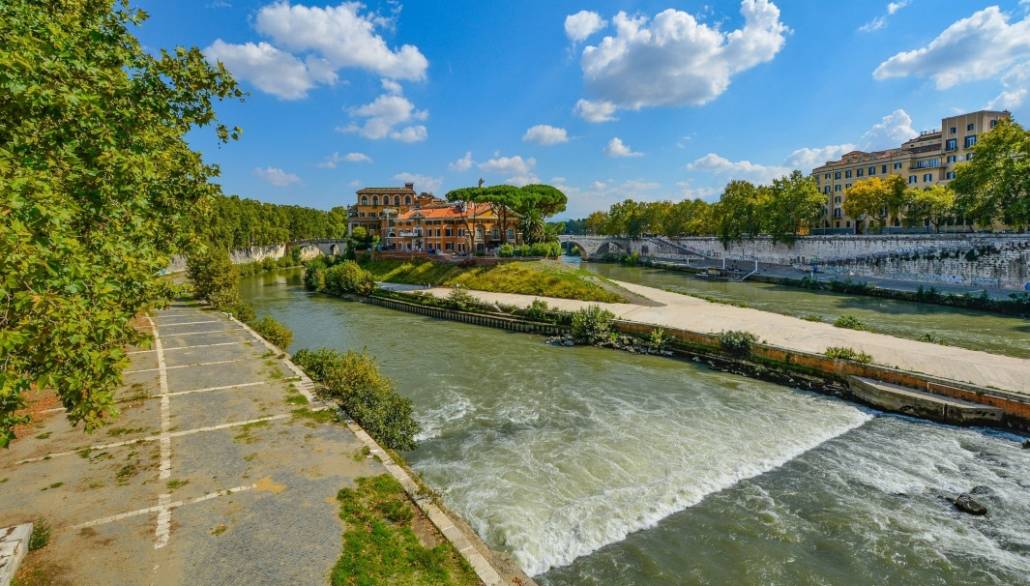 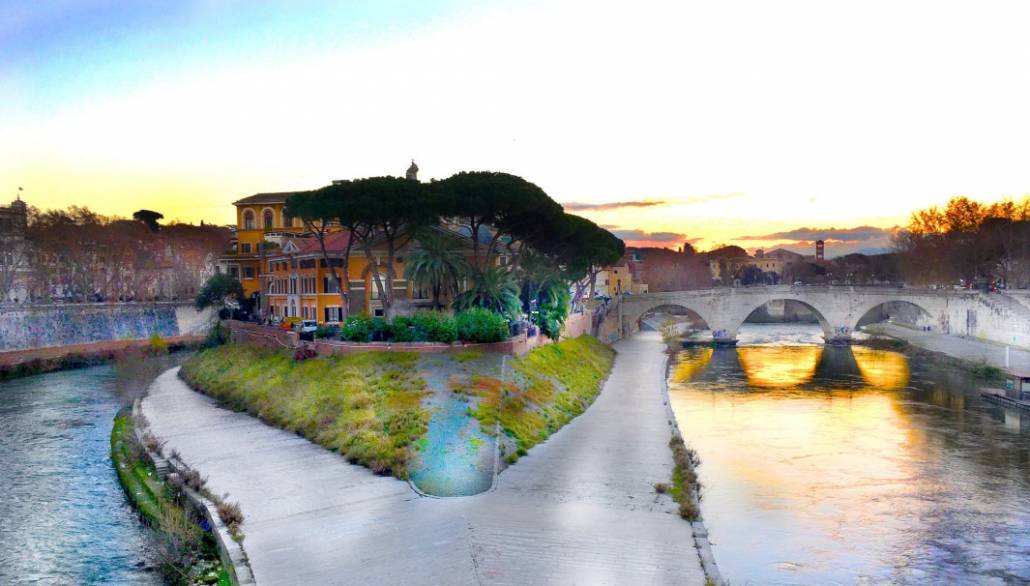 Tiber Island (Isola Tiberina) sits in the southern bend of the Tiber River in Rome. It is small, measuring at around 270 meters by 67 meters, but what it lacks in size it makes up for in uniqueness. Like most of Rome, it has an enduring and diverse history. The island has been connected to the rest of Rome by two bridges, Ponte Fabricio and Ponte Cestio, since antiquity. Because of this, its Latin name was Insula Inter-Duos-Pontes (the island between two bridges).

Like all good origin stories, this one starts with a legend, or, two versions of the same legend! Before the Roman Republic was formed, Rome was ruled by kings. The last king of Rome, Tarquinius Superbus was a particularly nasty character. He ascended to the throne only after assassinating his predecessor, Servius Tullius, and then brutally murdering his wife and her elder brother. His treatment of his people was not much better, and the Romans grew unsettled and angry under his rule. Eventually they overthrew and killed the tyrant king in 510 BC and threw his body into the Tiber River. The first version of the legend states that his body fell to the bottom of the river and dirt and silt gradually accumulated around it to form Tiber Island. The second version says that the angered Romans stole all the wheat and grain belonging to their king and threw it into the Tiber River with his body where it eventually formed the foundation of the island.

An Island of Healing and Medicine 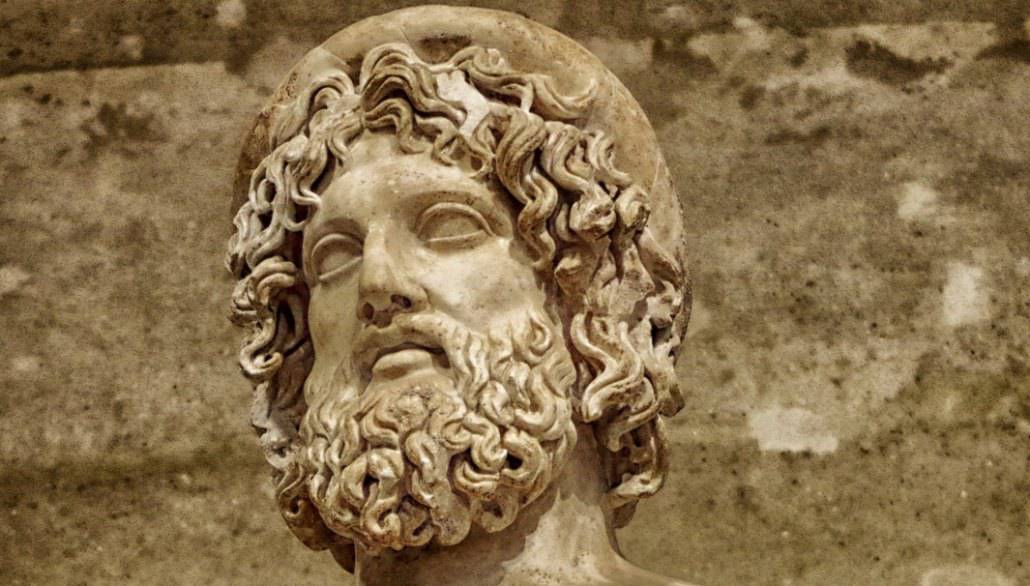 Statue of the Greek God, Aesculapius

The island has always had a strong connection to the art of healing. In 293 BC there was a terrible plague in Rome and the Roman Senate consulted the Sibyl (an ancient oracle) for help. The Sibyl suggested they build a temple to honor the Greek God of medicine and healing, Aesculapius. A delegation set off on a journey by ship to Epidauros (an Ancient Greek city) to bring back a statue of the deity. They took a snake with them for good luck and legend says that on their return, the snake slithered off the ship and onto Tiber Island. The Romans took this as a sign that Aesculapius wanted his temple built on the island. A more likely reason for the island to house the temple was because it was isolated from the rest of Rome and this very isolation would protect those on the island from infection. 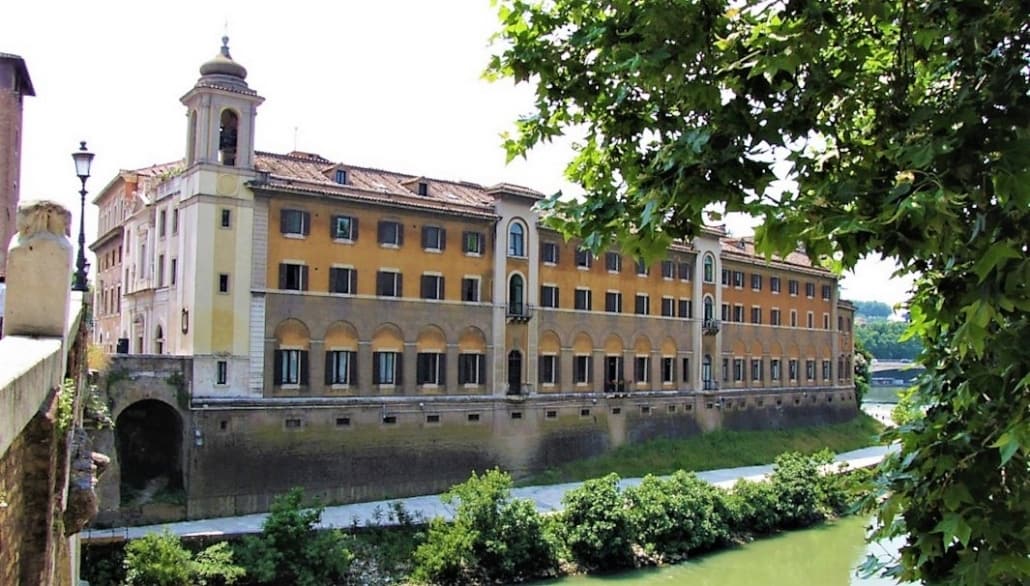 The temple has long been destroyed, and in 998 AD Basilica San Bartolomeo was built over its ruins to honor the martyr Adalbert of Prague. The connection to healing, however, has not been lost.  In 1584, Fatebenefratelli Hospital was built on the island and is still operational today.

Not the Ship Shape 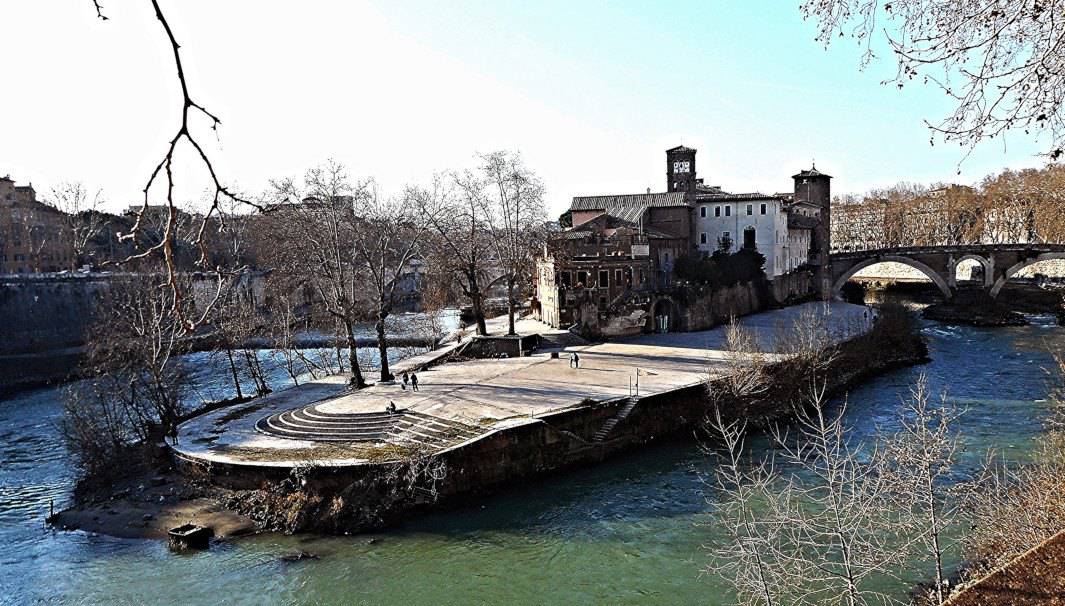 You might have noticed that the shape of the island somewhat resembles a ship. The shape, though naturally occurring, was enhanced by the Ancient Romans to honor the journey to Epidauros. Travertine was added to the banks of the island to resemble a ship’s stern and prow, travertine walls were put around the island, an obelisk was erected in the middle to act as the ship’s mast and the temple of Aesculapius resembled a steering hut. Though the walls, the obelisk and the temple no longer exist, the travertine on the banks does and the shape is still visible.

Summertime Vibes on the Tiber 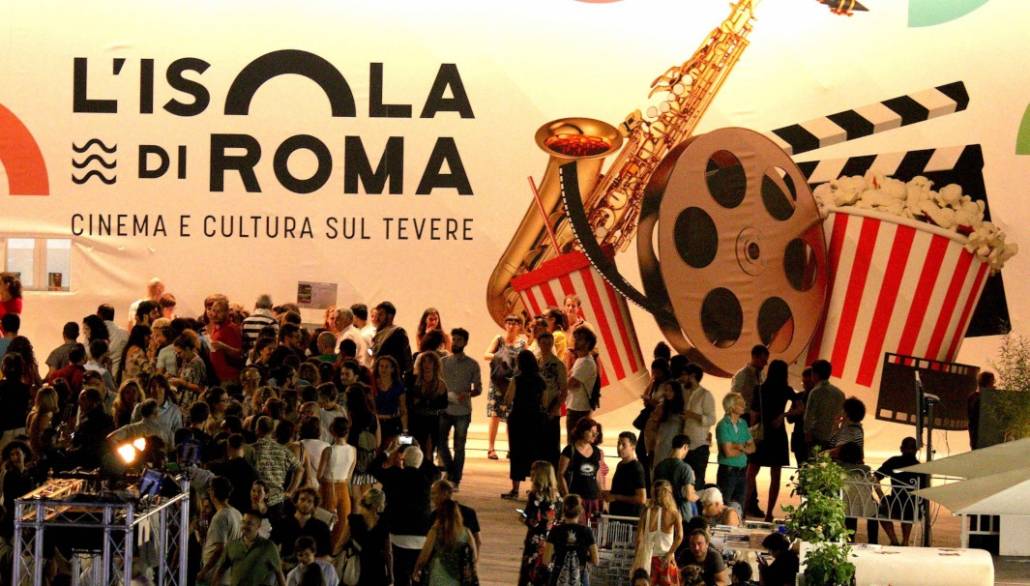 Every summer the island comes alive, with many Roman restaurants and bars opening up temporary locations on the island to take advantage of the warm weather. There is also the popular annual summer film festival that shows Italian and international films and attracts quite a crowd.