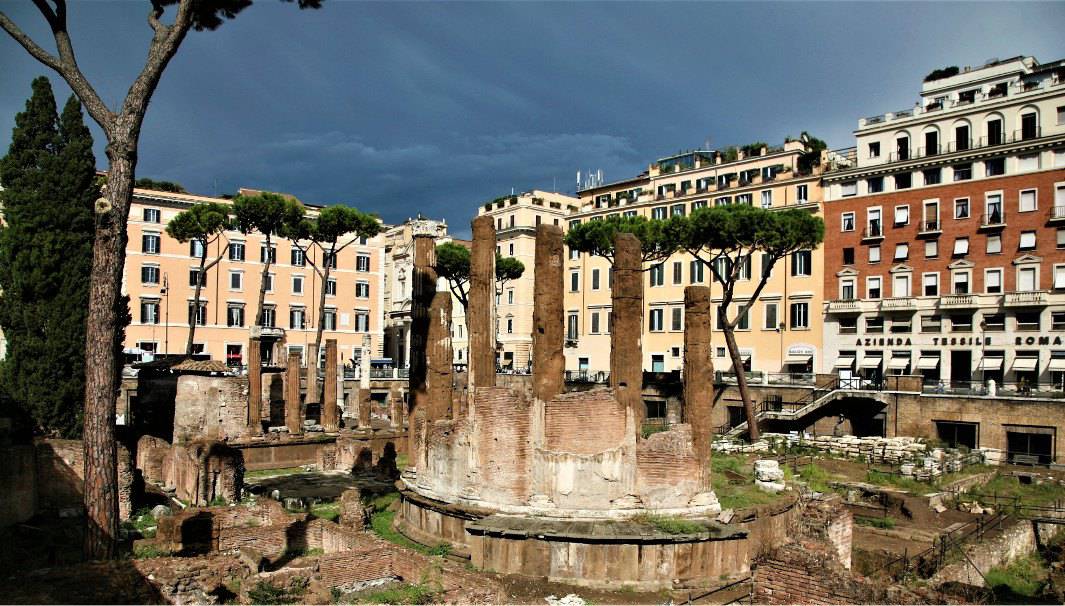 Name Origins
The name of the square has nothing to do with the South American country, Argentina, but everything to do with the city of Strasbourg in France. Confused? The Latin name for Strasbourg is Argentoratum. In the 15th century, the Papal Master of Ceremonies was a man by the name of Johannes Burckardt who hailed from Strasbourg. Burckardt was most well known by his nickname Argentinus. Like many before and after him, he liked to name things after himself and called the tower near the square ‘Torre Argentina’. The name was by extension given to the square and later to the excavated archaeological site. The tower that started it all is mostly destroyed, and what remains of it is hidden in the nearby Casa del Burcardo. 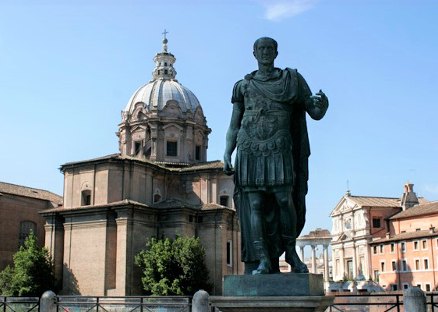 Though the brutal murder of Roman emperor, Julius Caesar, has been the subject of popular culture for many years, it is only in recent years that archaeologists were able to pinpoint the exact location of his assassination. There is now sufficient evidence to show that Largo di Torre Argentina once housed the Curia of Pompey, a meeting place within Pompey’s Theatre for Roman Senators, and the place where Caesar was murdered. Before that fateful day, 14 March 44 BC, tensions were mounting between Caesar and other members of the Roman Senate over Caesar’s ambitions and desire for more power. Some forty members of the Senate were part of the revolt against Caesar and many hundreds were witness to the event which was led by his close friends Gaius Cassius Longinus and Marcus Junius Brutus. Before the Senate session commenced, Caesar took his place but before he could begin his address his assassinators stepped forward and stabbed him 23 times. 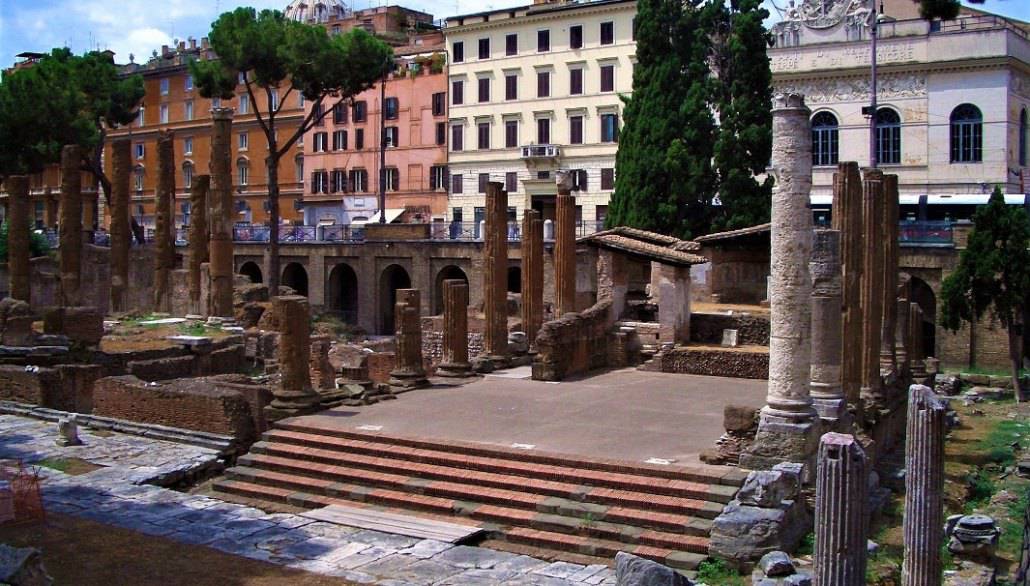 Aside from the Curia of Pompey, Largo di Torre Argentina contains the ruins of four Ancient Roman temples. Archaeologists do not have enough evidence to determine who the temples were dedicated to, so the temples have simply been named A, B, C and D. However, there have been some educated guesses by historians and archaeologists..

Temple A, the first on the northern side of the square is thought to be the Temple of Juturna (a goddess of fountains and wells) built by Gaius Lutatius Catulus after his triumph against the Carthaginians (modern Tunisia) in 241 BC.

Temple B is a rare example of a circular temple, and is the most recent of the four. It still has six of the original columns as well as its original stairs and altar. It was probably built and dedicated to the female deity, Fortuna (luck), after Quintus Lutatius Catulus won the Battle of Vercellae (northern Italy) in 101 BC. During excavations, a large statue of Fortuna was discovered and is now housed in Centrale Montemartini in Ostiense.

Temple C is the oldest of the four, dating back to the 4th or 3rd century BC. It was probably devoted to the ancient goddess of fertility, Feronia.

Temple D is the largest of the temples, though only a small part of it has been uncovered. It dates back to the 2nd century BC and was most likely dedicated to Lares Permarini, the Roman god who protected sailors. 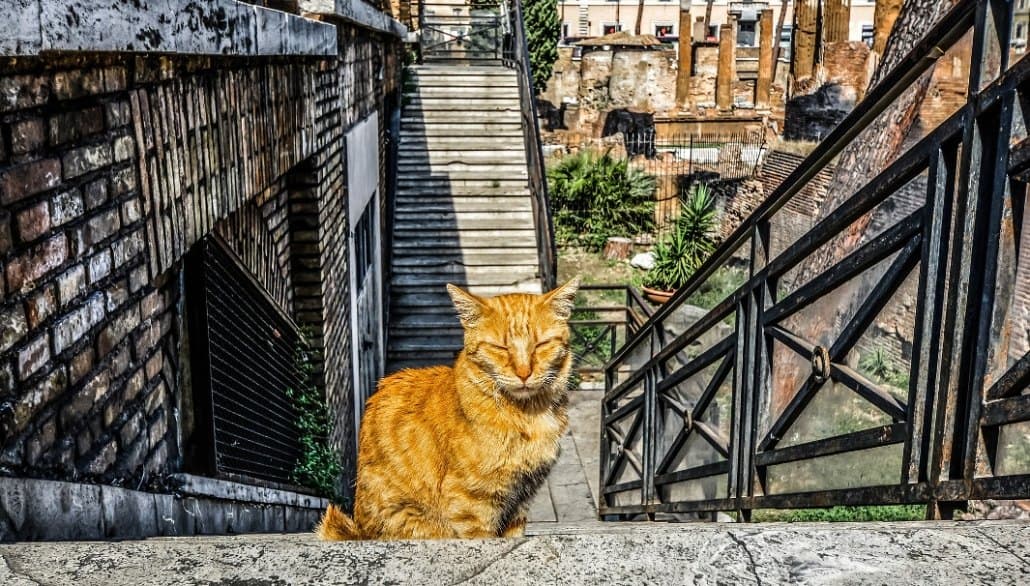 One of the feline residents of Largo di Torre Argentina, Rome

If you’ve noticed an unusual amount of cats making themselves comfortable among the ruins, it is because Largo di Torre Argentina also houses a no-kill cat shelter. The shelter is run by volunteers and if you are not content gazing at the cats from street level, you are welcome to visit the shelter too. 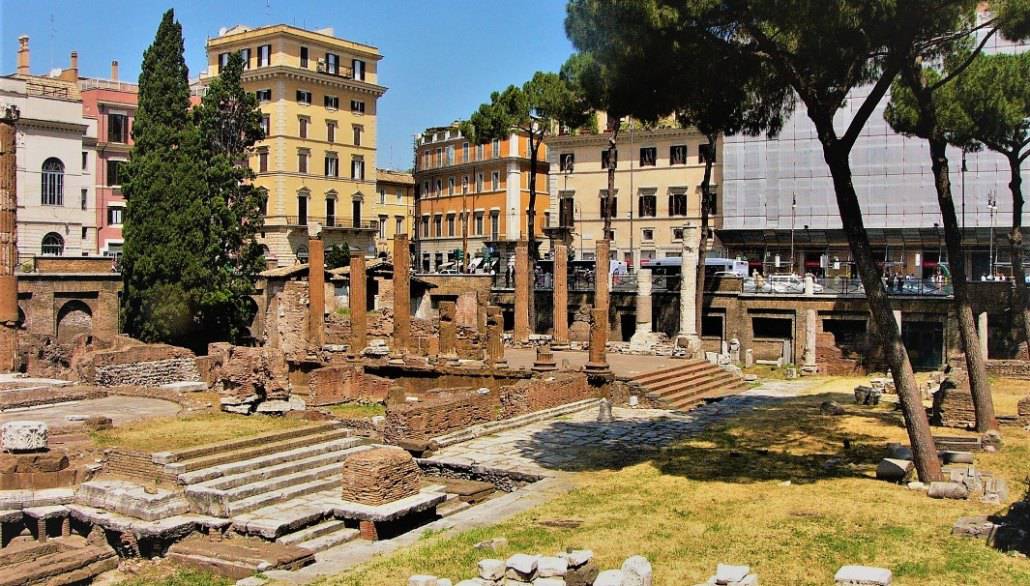