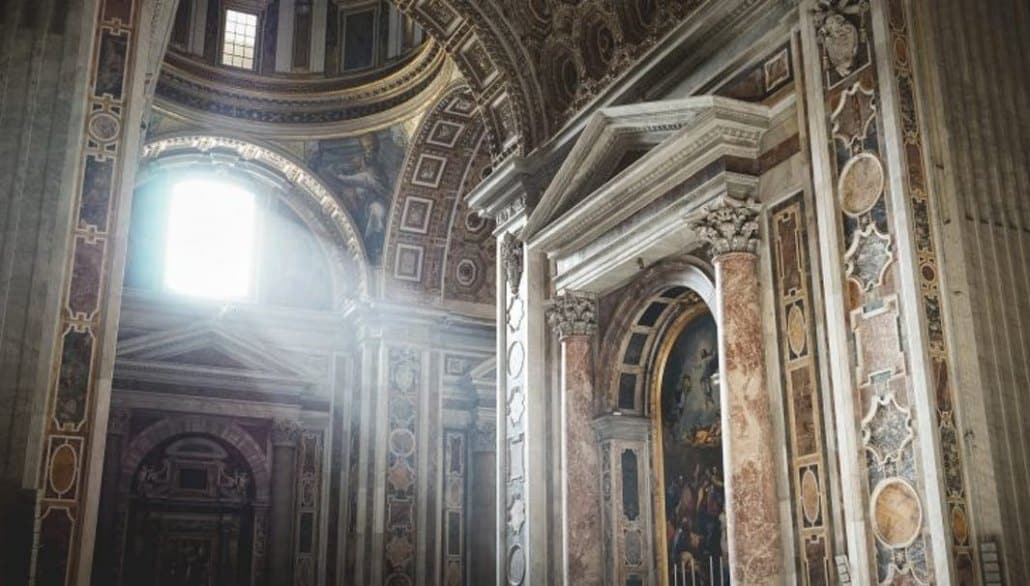 1. St Peter’s is NOT the largest church in the world! Contrary to popular belief, and to what many ill-informed guides will tell you, the world’s largest church is, in fact, in the Ivory Coast of West Africa, pushing San Pietro into second place (but she’s still a winner in our hearts)!

2. The Statue of Liberty could fit inside of St Peter’s Basilica, even on her foundation with her torch raised. As a matter of fact, her 305-foot stature would be dwarfed under the towering 450-foot dome of the church. 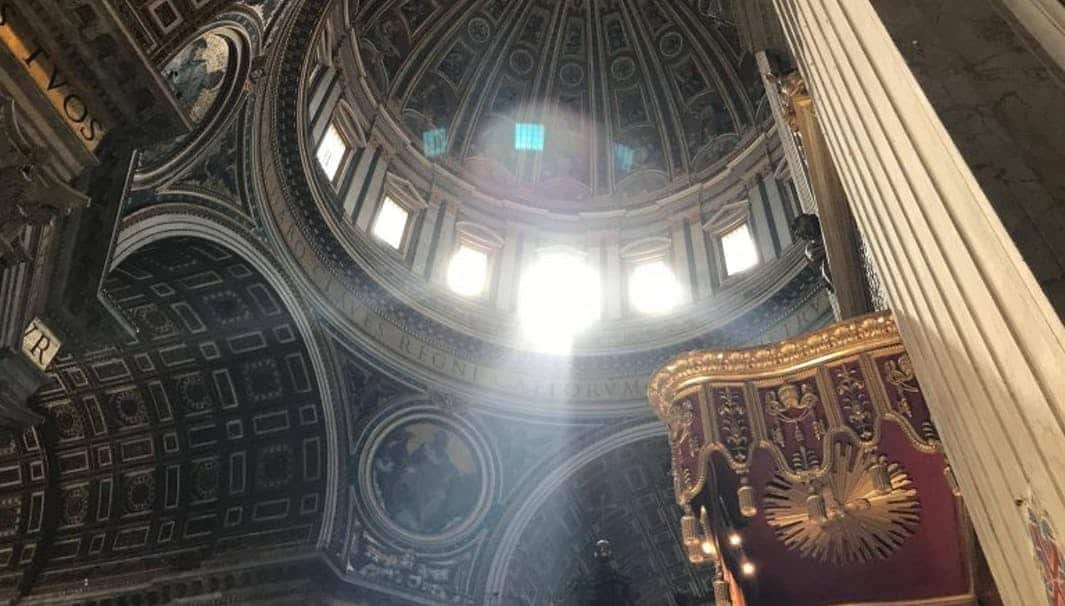 View from Under the Dome at St. Peter’s

3. St Peter’s covers an area of 5.7 acres and runs the length of two American football fields; but please don’t attempt any touchdowns inside!

4. Building the basilica was a feat of epic proportions. In fact, it took 219 years, 31 popes, and 10 architects to complete the project.

5. The dead bodies of 3 popes and one Russian saint are preserved and kept on display in the basilica. More surprisingly, though, there are 201 popes buried beneath the church! 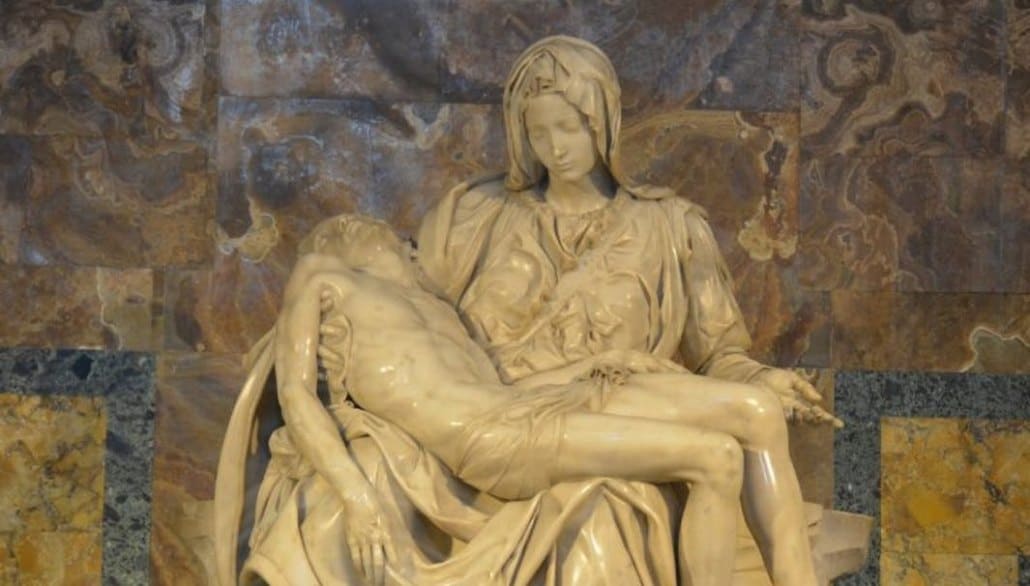 6. When Michelangelo’s sculpture, La Pieta, was first exhibited in St Peter’s Basilica, many didn’t believe that he was actually the artist. Critics claimed that a Florentine man who was so badly dressed and unknown could not have possibly done it. So, one night Michelangelo broke into the church and carved his name across Mary’s sash to end the debate. Find out more about this amazing story on our Vatican Early Access Tour! 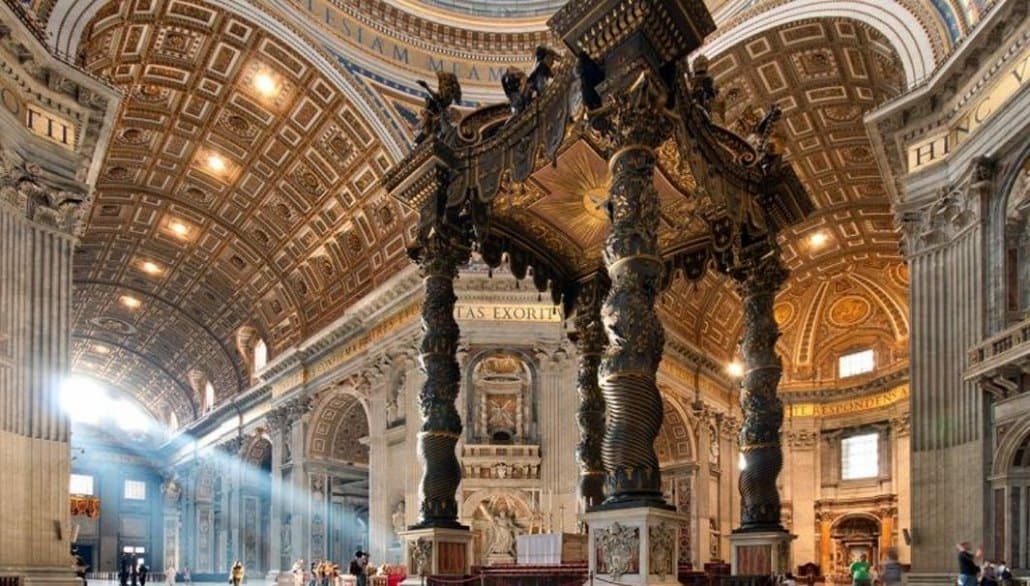 The Bronze Baldachin Over the Main Altar

7. The Baldachin, the bronze canopy which towers over the high altar of St Peter’s, was made as a collaboration between baroque artists Bernini and Borromini. More interestingly, though, its bronze was sourced from the dome of the Pantheon.

8. The Basilica houses 150 mosaics. They are so intricate and detailed that they are usually mistaken for paintings, however there is only one painting in the church which can be found above The Pieta sculpture. 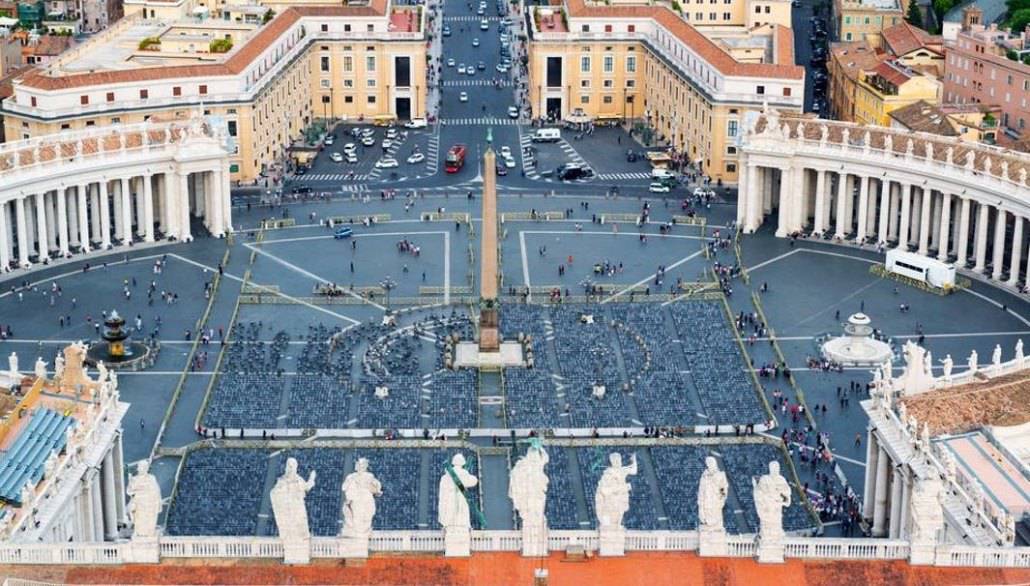 View of St. Peter’s Square from the Dome

9. Visitors can climb 551 steps to the top of St Peter’s dome, or 320 if you take the elevator. Reaching the top not only guarantees a stunning overview of the city and St Peter’s Square, but an indoor view from cupola provides an exquisite overhead look at the Baldachin. 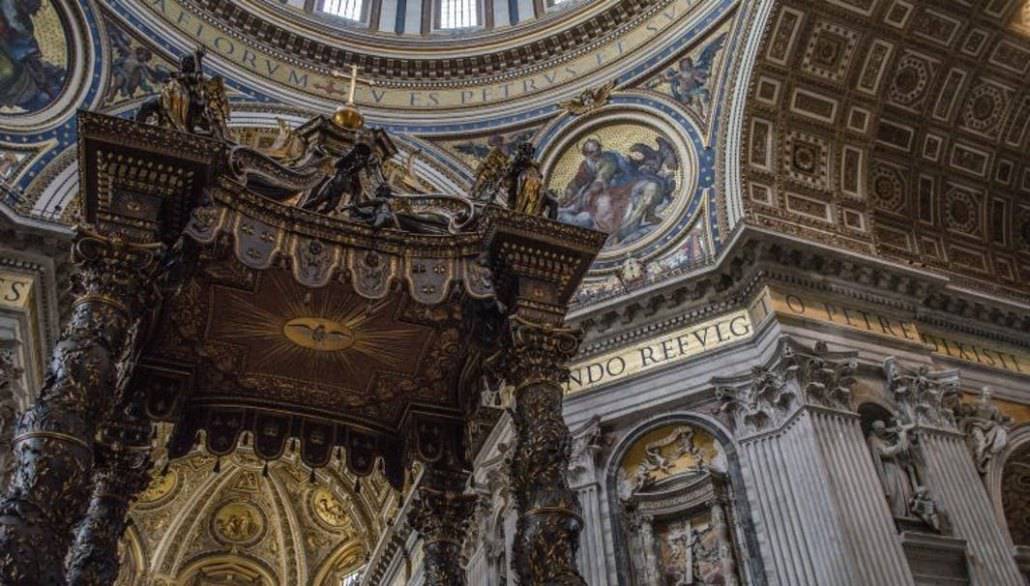 Detail of the Basilica’s Sumptuous Interior

10. The basilica is rich which illusions. For example, when looking up from the ground, the two ribbons of script which run along the inner walls of the church appear to be the same size. In fact, the lower one is 6 ft tall, while the higher is 9 ft.

Another illusion can be found in the painting above the Pieta. When you move beneath the painting of the angels carrying the cross, the cross seems to move or change its perspective with you.

11. St Peter’s Square centers on a 4,000 year old monolithic Egyptian obelisk. It is 83 feet tall and weighs 326 tons (heavier than two blue whales!). Caligula imported the piece in 37 AD as a means of displaying his wealth and power. It was erected to its present position by Pope Sixtus V in 1586.

12. There are two white circles amidst the cobblestones of St Peter’s Square which mark very special places to stand. Why? Well, the piazza is surrounded by 4 rows of columns, but from these two marked vantage points, they align in such a way that the 3 outer rows seem to disappear. Truly amazing architectural precision!

13. St Peter’s is the tallest structure in the historical center of Rome, a rule that was specified when the church was first built. 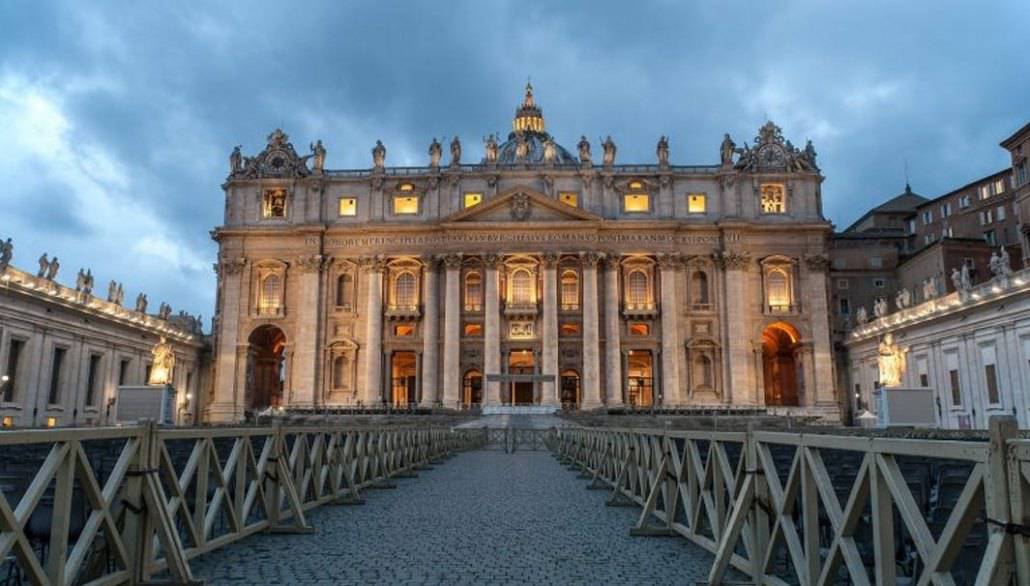 The Lights of St. Peter’s at Night

14. The shape of St Peter’s Basilica and its square were designed with some symbolism in mind. From above, the piazza remembles the shape of a keyhole. This was designed in reference to the keys handed to Peter by Christ: the key to Heaven and the key to the church.

15.  What a Life Tours offers amazing experiences of St Peter’s Basilica, including exclusive visits to the Vatican Mosaic Studios, and a range of comprehensive Vatican tours!